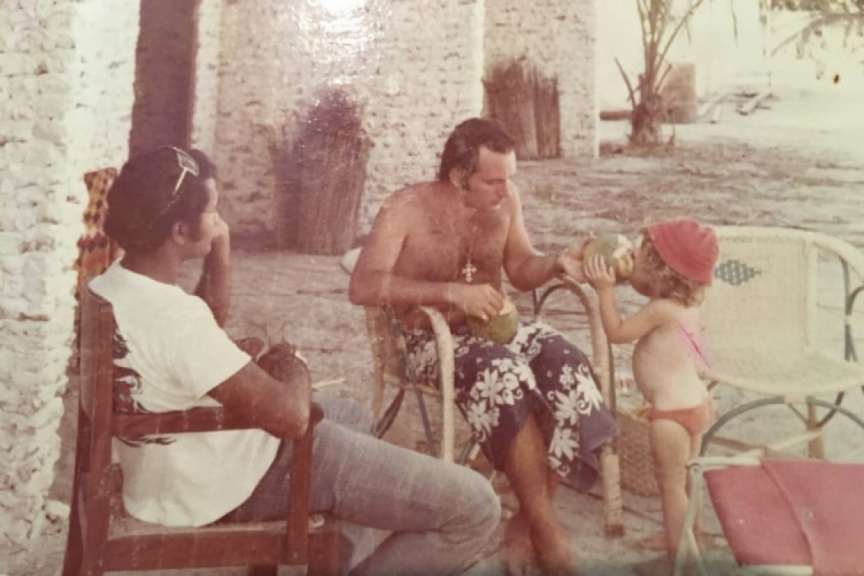 Maldives, with its sandy beaches, crystal clear waters, and vibrant sea life is one of the world’s leading tourist destinations.

It all began 50 years ago, when an Italian travel agent picked up a world map, and saw a speck of dots in the Indian Ocean.

In 1971, George Corbin was a travel agent who specialized in dive tours. Pressed by clients to find a new and exotic location, his eyes fell on a group of islands to the south west of Sri Lanka on the world map. He thought to himself “good”.

However, no one knew anything about the Maldives. And so, he took a flight to Colombo, where he visited the Maldivian embassy. He was at the embassy inquiring about travel into Maldives when he had a chance meeting with Ahmed ‘Kerafa’ Naseem – then a junior employee at the embassy.

Maldives did not have any international flights at the time. So, he and Naseem left for Maldives the next day, on a cargo ship.

As the ship approached Male’, he saw Hulhule’ – with its small airstrip - to his right and Male’ to his left.

For Corbin, it was love at first sight.

“I said then, this is paradise. I saw all these beautiful small islands with white sandy beaches,” he said.

He stayed in an apartment in Male’ – a different Male’, with sandy roads and not a single skyscraper in sight.

For the next couple of weeks, Corbin and Naseem travelled to different islands, looking for a suitable one to start a resort. Naseem introduced Corbin to his associates Hussain ‘Champa’ Afeef and Mohamed Umar ‘MU’ Manik.

They settled on Vihamanaafushi (later renamed Kurumba), due to its close proximity to both the airport and Male’.

Naseem, Afeef and Manik took care of construction, while Corbin travelled to Singapore to procure all the equipment they would need for the resort.

On February 16, 1972, Corbin brought in the first group of tourists. They were mostly Italians, four of them journalists from reputed newspapers.

The flight, landing arrangements, food, accommodation, transportation, diving – everything went without a hitch, surprising even Corbin.

After that, it was one group after other.

Fast track to 50 years later, Maldives is now an award-winning tourist destination, with over 100 resorts, over 700 guesthouses and hotels, and over 100 liveaboards.

The introduction of tourism also ushered in massive infrastructure, economic and social development to the country.

Corbin described the achievement made by the Maldives over last 50 years as “extraordinary”.

Tourist arrivals so far this year exceed past 2 years

Quick look at the runway bid goodbye to after 60 years