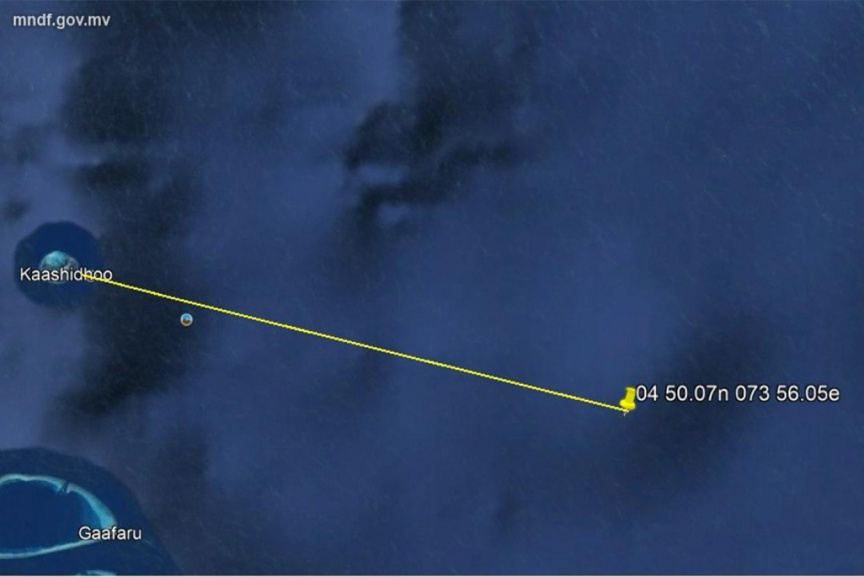 An Indian national has been reported missing from a boat travelling from India’s Tuticorin to Male’, Maldives.

According to Maldives National Defence Force (MNDF), that boat departed for Male’ on Wednesday, and got caught up in stormy weather. It sunk about 30 nautical miles outside of K. Kaashidhoo.

Furthermore, MNDF revealed that six of the total seven crew members on the boat at the time were rescued from the sea by a nearby ship - ‘Mv Baradhuvaaj’.

“As one crew member is still missing, MNDF’s Coastguard second squadron launch Hakuraa is operating in the area searching for the missing person.”

MNDF stated that the authority received reports of the incident at 10:30 on Saturday morning.

As per reports, the missing individual was last seen wearing a blue shirt and blue shorts and was wearing a life jacket.

Moreover, MNDF has urged vessels passing to be on the lookout for the missing person.

Should anyone have any information about the individual, MNDF requested to share it without any delays to Coastguard's free hotline number 191 or 3395981.