President: Opportunities for locals in tourism sector, but foreigners must also be able to compete 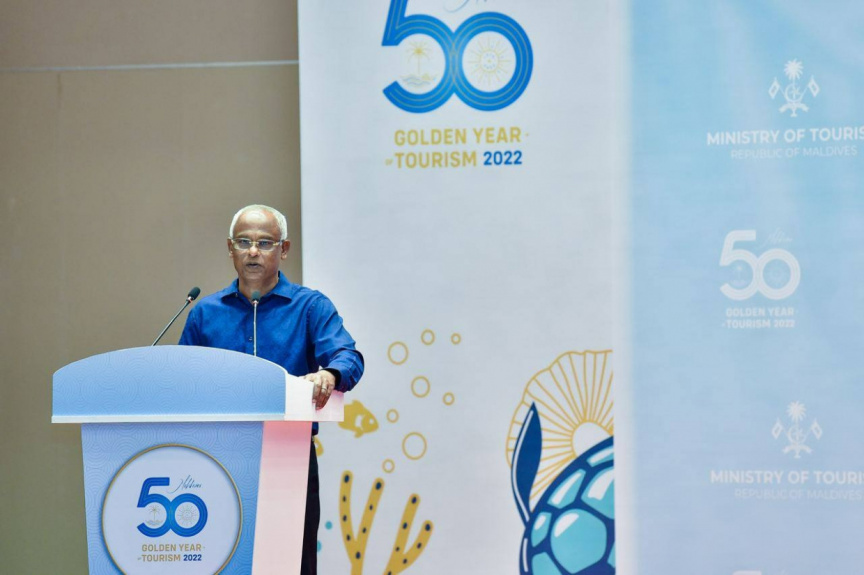 Noting that Maldivians had the opportunity pursue their careers in the tourism sector – President Ibrahim Mohamed Solih stressed that foreigners must also be able to compete in the job market.

He made the remark during the Tourism Appreciation Reception held at Crossroads Maldives on Thursday night as part of the events marking the 50th anniversary of Maldives’ tourism sector.

In his speech, President Solih said that Maldives is currently competing in the most competitive international tourism markets.

Therewith, he emphasized the need for the arrangements to exist to recruit the most qualified employees for the sector, even be it foreigners.

“We are competing in the international market, be it jobs or something else. Therewith, that door needs to be open in Tourism Ministry. The arrangements to easily recruit qualified people for resorts,” he had said.

The President also stresses that there were ample opportunities for locals in the tourism sector.

“Today, Maldivians have the opportunity to gain training in any field, and complete with those (qualified foreigners) and secure the posts,” he had said.

Apart from this, President Solih also spoke on the importance of maintaining Maldives’ position in the competitive international tourism markets. He suggested that this can be achieved through continuation of providing exceptional hospitality to visitors, maintaining the quality of the service, and preserving the natural beauty of the Maldivian islands.

Appreciation awards were presented to individuals who have made significant contributions to the tourism industry over the last 50 years and to prominent tourism industry professionals who had excelled over the previous 50 years.

The purpose of the event was to commemorate the 50th anniversary of tourism in the Maldives, to recognize the hard work of those in the tourism industry, and to bring them together in a setting where they could network.

Prison officer dies whilst on duty