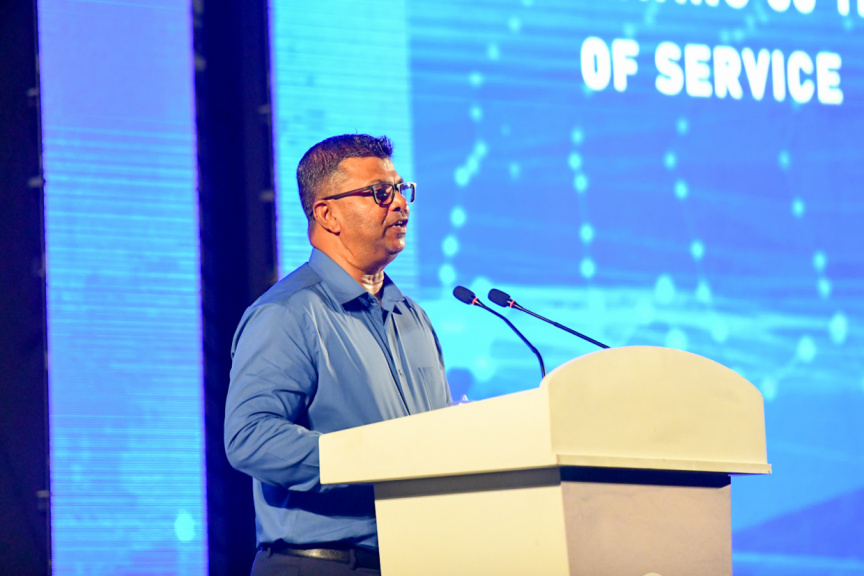 CEO of Maldives Ports Limited (MPL) Ali Shahid on Saturday said that the housing units being developed under Hiyaa Project were expected to be completed by early 2023, and that easier payment options were set for them.

He made these remarks during the ceremony held to mark the 36th anniversary of MPL.

Speaking further, Shahid said that the flats have now been allocated to staff, and numerous payment options were provided as well.

Noting that when the previous administration commenced the MPL Hiyaa project, only two payment options - which were full payment or pay via bank, were provided for employees.

However, the current administration has allowed the payment to be divided over a period of 20 years. He also noted that MPL has introduced a special finance scheme for this as well.

“Due to this, many employees will have the opportunity to own these flats. We have received complaints regarding down payment from employees.”

Addressing those complaints, Shahid said that four options have now been introduced.

Complaints have been taken to the Parliament over the three towers built by MPL with 534 units. The main concern raised then was also the issue of down payment.

“Maintenance fee has been reduced, and booking fee has been now included as part of the down payment. I would like to note that based on the company’s financial capabilities, any further ease in payment will also be given.”

Furthermore, Shahid expressed it was not MPL’s intention to make the housing units a financial gain. She added that compared to all the other housing schemes, MPL’s options were better.

During the ceremony, MPL introduced three items as part of their port digitalization transformation campaign.

As per MPL, the auction portal will be used to sell items imported to Maldives that have not been cleared over a duration of time. Through the portal, items can be checked along with information regarding their prices.

Meanwhile, the job portal will provide details on the latest vacancies at MPL, fill out applications, and any additional information regarding it as well.

The staff portal introduced will allow employees to report attendance, and individual salary details, check the number of leave days as well as apply for leave.

MPL stated the purpose of these portals was to provide further ease to customers as well as their employees.