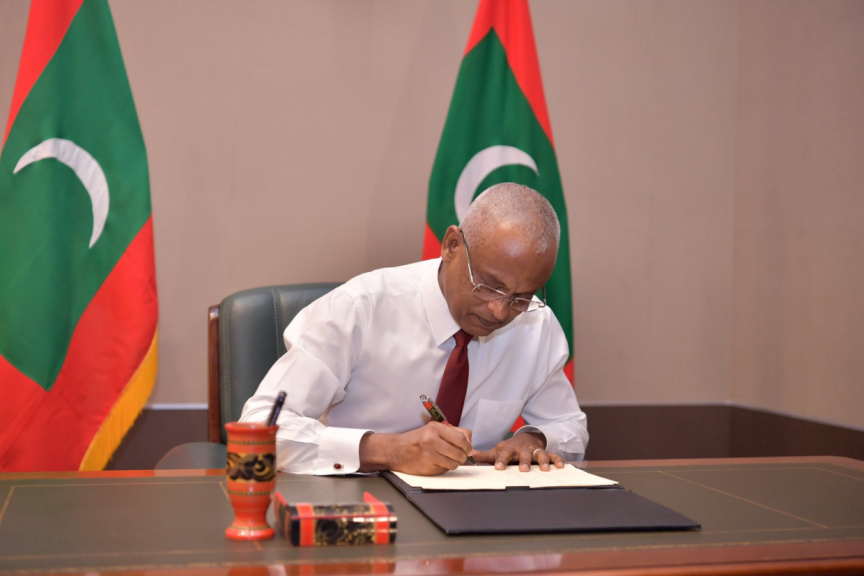 President Ibrahim Mohamed Solih, on Wednesday, gave ratification to the bill proposing amendments to Maldives Employment Act which will postpone the declaration of minimum wage to expatriate workers in Maldives indefinitely.

The bill was passed by the parliament at the 16th sitting of its third session this year held on Wednesday, with the votes of 49 members. Only one member had voted against passing the bill.

The government declared and revealed figures for minimum wage for locals in November 2021, and began its official implementation in January 2022.

Amendment to the Employment Act regarding minimum wage had granted a two-year period for the government to draft a regulation on which minimum wage for expatriates will be based.

The reasoning behind the decision was the current economic situation of the Maldives.

In an earlier statement, Transparency Maldives stated that the absence of a set minimum wage for expatriate workers also impacted local workers.

They also stressed that it further encourages the existing discrimination of expatriate employees – infringing their basic human rights and causing great injustice.

Apart from this, the organization also stressed that it exacerbates the human trafficking issue in the Maldives.