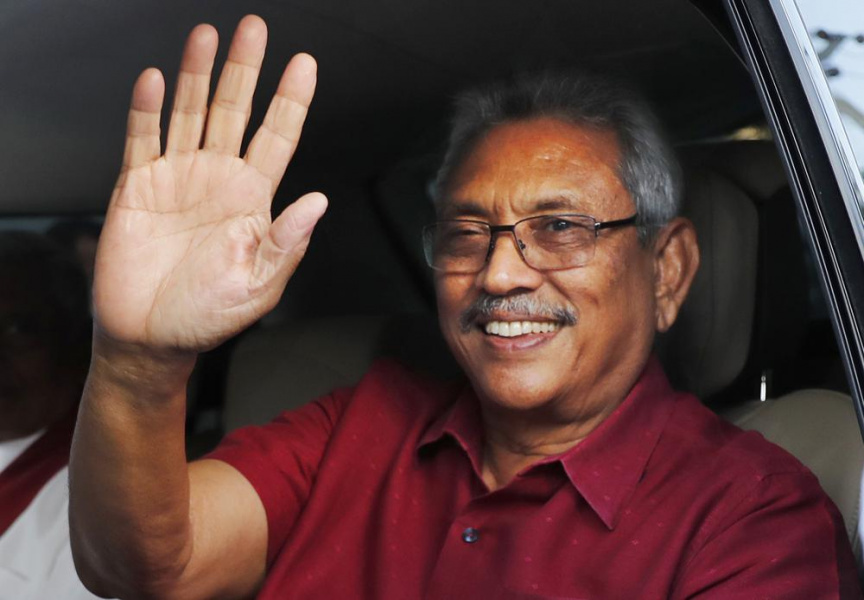 COLOMBO, Sri Lanka (AP) — Ousted Sri Lankan President Gotabaya Rajapaksa is expected to return home more than seven weeks after he fled the country amid mass protests that demanded his resignation, holding him and his family responsible for the country’s economic crisis.

Rajapaksa currently does not face any current arrest warrants. A corruption case against him in his former role as secretary to the Defense Ministry was withdrawn when he was elected president in 2019 because of constitutional immunity. Some other investigations were also suspended.

Officials familiar with arrangements for his arrival said Rajapaksa was expected to return from Thailand later Friday, while local media reported it would be Saturday. It was not possible to independently verify the timing. The officials spoke on condition of anonymity because of the sensitivity of the matter.

Rajapaksa fled from the president’s official residence on July 9 when tens of thousands of people stormed the building and occupied it, along with several other key state buildings.

On July 13, he fled to the Maldives on a military jet and a day later flew to Singapore, from where he announced his resignation. Two weeks later he arrived in Thailand on a diplomatic visa following a Sri Lankan government request.

Rajapaksa was elected president in 2019 by an overwhelming majority on a promise to uplift the country’s economy and strengthen national security, after Islamic State-inspired bomb attacks on churches and hotels killed 270 people on Easter Sunday that year.

However, policy blunders including drastic tax cuts which reduced national income and pushed down credit ratings, a ban on agrochemicals ostensibly to promote organic farming, and the release of scarce foreign currency to artificially control exchange rates led to the worst economic crisis in the country’s history.

Sri Lanka has suspended repayment of its foreign debts, which total more than $51 billion, of which $28 billion must be repaid by 2027.

The International Monetary Fund announced Thursday a preliminary agreement to extend $2.9 billion to Sri Lanka over four years, provided there are assurances from the country’s creditors on loan restructuring.

President Ranil Wickremesinghe, who succeeded Rajapaksa, has cracked down on protests, helping the Rajapaksa family and its supporters who were in hiding to return to public politics.

Nuzly Hameem, who helped lead the protest movement, said the former president’s return shouldn’t be an issue “as long as he is held accountable.”

“He is a Sri Lankan citizen so no one can prevent him from coming back. But as someone who wants justice for the corrupt system, I would like to see action taken — there should be justice, they should file cases against him and hold him accountable for what he did to the country.”

“We didn’t expect him to flee, we wanted him to resign. As long as he doesn’t involve himself in active politics, it won’t be a problem,” Hameem said.