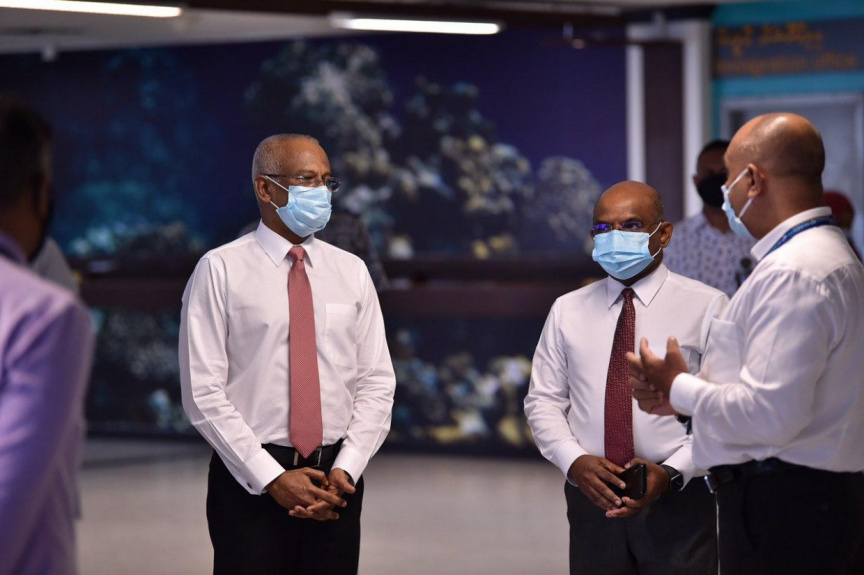 Minister of Foreign Affairs and the President of United Nations General Assembly (UNGA) Abdulla Shahid said that President Ibrahim Mohamed Solih is going to be re-elected.

Speaking with an Indian newspaper, ThePrint, Shahid went on to state that the people of Maldives have received the good work that has been done under President Solih’s outstanding leadership.

Shahid visited India on a two-day visit earlier this week as the UN President.

In his interview with ThePrint, he said that India was the first and closest friend of Maldives, and that the friendship has culminated in an ‘India First’ policy.

He noted that India has been the first to respond to the concerns of Maldives and emergencies. In this regard, he spoke of the incident of November 3, 1988, as well as the 2004 tsunami.

“We recall [the incident of] 3 November 1988, when there was an armed attack on Maldives by a group of mercenaries and terrorists. There was an immediate response from India backed by the international community.”

“Then in 2004 during the tsunami when Indian ships sailed from Indian ports with essential products to Maldives. Then in 2015 during the water crisis in Malé, India helped again. Then during the pandemic, from vaccines to evacuation of students, India has always helped us.”

Shahid said that Maldivians will never forget the kind of assistance provided by India, hence the people will not forget this ‘special relationship’.

“Partnership between Maldives and India is based on mutual trust and mutual recognition of the closeness, the affinity we have between our two countries. And the relationship has thoroughly flourished during President [Ibrahim Mohamed] Solih’s time (coming to power) since 2018.”

However, he stressed that the Maldives will continue to work with everyone, including China and many other countries, who have been also very generous in their assistance and cooperation.

During the interview, the Foreign Minister addressed the ongoing ‘India Out’ campaign led by the opposition in Maldives.

According to his, the campaign is by a group of opposition that does not have a development agenda, except to create fervour against the closest friend and neighbour of Maldives.

“This is a group of people who have nothing to offer to the people. So, they have to come up with something.”

Additionally, Shahid noted that President Solih and Indian Prime Minister Narendra Modi were closely working with each other.

“Our two leaders have been working with each other closely. We are seeing India-Maldives ties going from strength to strength.”

PM Modi attended President Solih’s swearing on 17 November 2018 and went on to visit India a month later. Modi then visited Maldives again in June the next year, which was notably the first foreign trip after his re-election in 2019.