Yoga Day violence: Accountability to be ensured for responsible parties 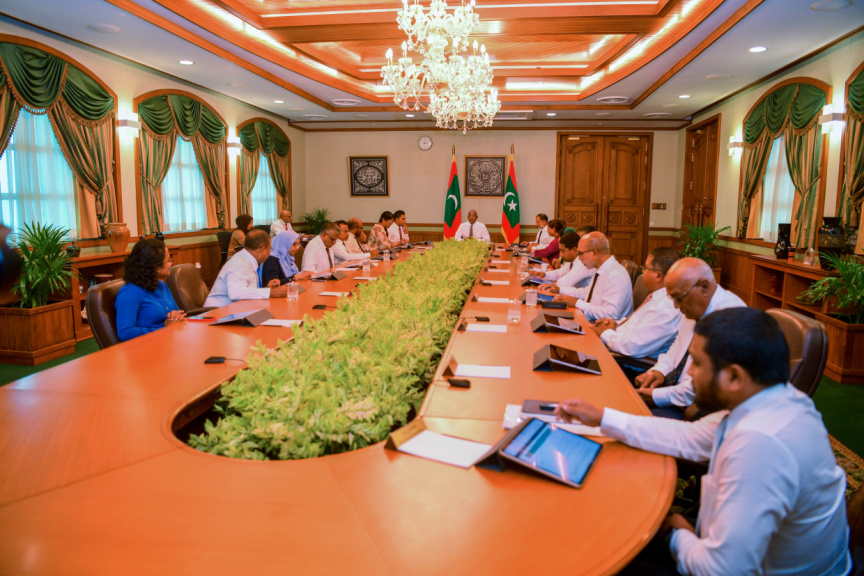 A capture from a cabinet meeting held on August 30, 2022. (Photo/President's Office)

The cabinet subcommittee constituted for the probe of the mob attack on the event held at the national football stadium on June 21, to mark World Yoga Day, has advised ensuring accountability for responsible parties.

The subcommittee compiled an investigative report following their probe which was deliberated at Tuesday’s cabinet meeting held at the President’s Office.

Following deliberations – President Ibrahim Mohamed Solih concluded to instruct relevant stakeholders to initiate and implement the recommendations made in the investigative report.

Police arrested over 20 suspects in connection to the mob attack on the event, including top PPM politician, former MP Mohamed Ismail, local Islamic scholars Sheikh Adam Nishan and Sheikh Mohamed Fazloon. Many of them including Mohamed Ismail and both the scholars have since been released.