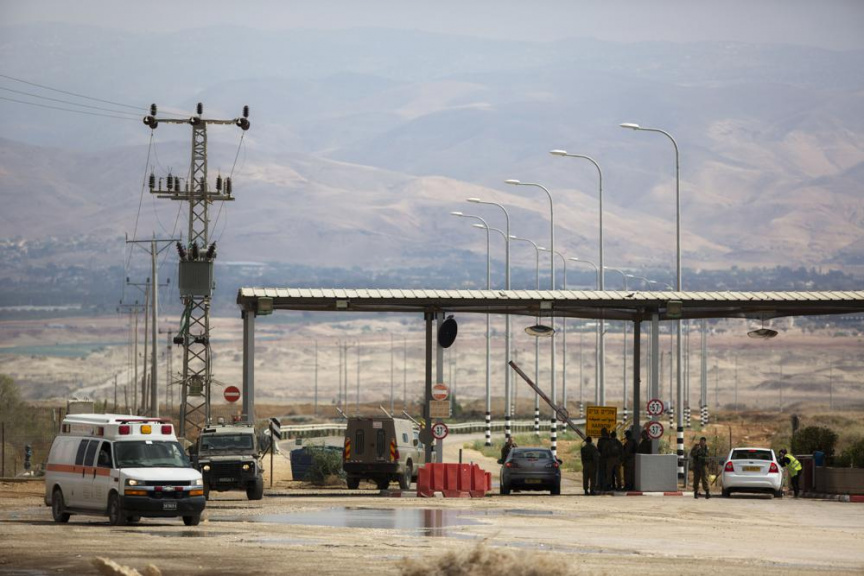 FILE - An Israeli soldier stands at the entrance to the Allenby border crossing, the main border crossing for Palestinians from the West Bank traveling to neighboring Jordan and beyond, March 10, 2014. (AP Photo/Sebastian Scheiner, File)

JERUSALEM (AP) — The Israeli military said Wednesday it has discharged four soldiers for attacking Palestinians without cause, after video circulated on social media showing them beating and kicking two detainees.

The soldiers had stopped a Palestinian vehicle north of the West Bank city of Ramallah two weeks ago and forced the driver and the passenger out, the military said. The video, uploaded on TikTok, shows them beating and kicking the two men.

After a preliminary investigation, the soldiers “were discharged from their positions in the battalion, as well as all combat positions,” the military said in a statement.

Lt. Gen. Aviv Kohavi, the army chief of staff, said the “severe” and “repugnant” incident went against the army’s values. “There is and will be no place in the IDF for this type of behavior,” he said, referring to the military.

The soldiers were members of Netzah Yehuda, or “Judea Forever,” a special unit for ultra-Orthodox Jewish soldiers whose members have been implicated in past abuses, including the death of a 78-year-old Palestinian-American who died after being detained at a checkpoint in January.

The Israeli military reprimanded a senior officer and removed two others from leadership roles over that incident.

Israel captured the West Bank in the 1967 war, and the Palestinians want it to form the main part of their future state. The territory is home to some 3 million Palestinians who live under Israeli military rule and nearly 500,000 Jewish settlers who have Israeli citizenship.

Palestinians have carried out scores of attacks in the West Bank in recent years, and the military says it has foiled many others. But human rights groups say soldiers often use excessive force.

Israel says it investigates alleged misconduct, but those probes often drag on for months or years before being quietly shelved, and rights groups say soldiers are rarely held accountable.

Israelis, Palestinians can fly on same flights to WCup