Nasheed expresses concern over many govt. projects being awarded to MTCC 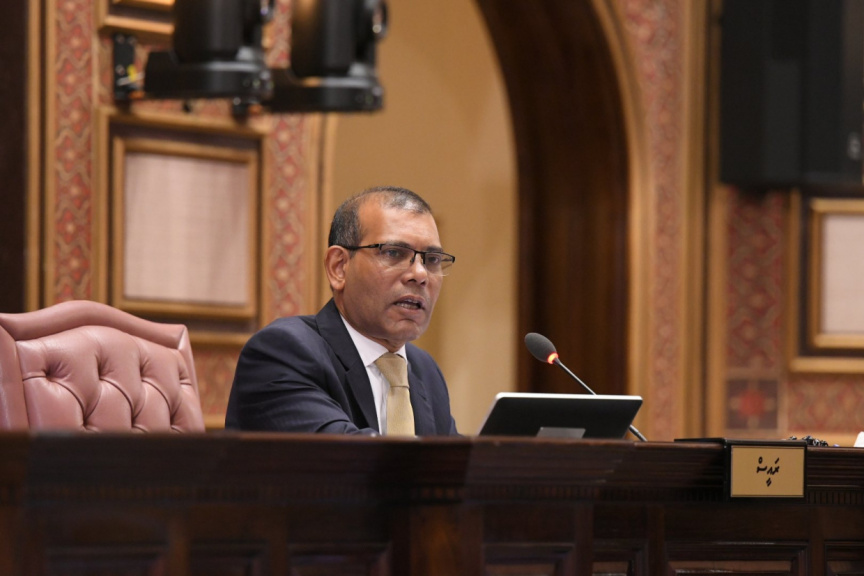 Parliament Speaker Mohamed Nasheed, on Wednesday, has expressed concern over many government projects being awarded to Maldives Transport and Contracting Company (MTCC).

Planning Minister Mohamed Aslam was summoned to today’s parliamentary sitting, for a questioning session during which he was posed many questions. Nasheed had raised concern over the Minister’s response to a question posed by Vaikaradhoo MP Hassan Ziyadh.

In this regard, MP Ziyadh had asked the Minister when physical works on HDh. Kurinbee harbor will commence.

Responding to the question, Minister Aslam said that the tender announced for the project was unsuccessful. Therewith, he said the government has concluded to contract MTCC for the project, as a direct award.

He further stated that projects which are not claimed by another party are usually contracted to MTCC as direct awards. Therewith, he said it would come to a point where MTCC becomes overloaded.

“Thus, when direct awarding projects to MTCC at present, it needs second guessing. For example, can the project be completed if awarded. But can award, for the sake of saying it has been awarded,” he had said.

Commenting on the Minister’s remarks – Nasheed said that four dredging companies and multiple harbor development companies were operating in the Maldives in 2010. He stressed these companies had gone bankrupt when the government started only awarding projects to MTCC.

“These company did not get any work. As I see it, this a clear violation of the government and MDP’s policies to carry out work in this manner. It is also an obstruction to the development of Maldives,” he had said.

In the last three years, MTCC had completed a total of 92 projects. The company’s CEO Adam Azim has recently stated that they are simultaneously undertaking 110 projects at present.