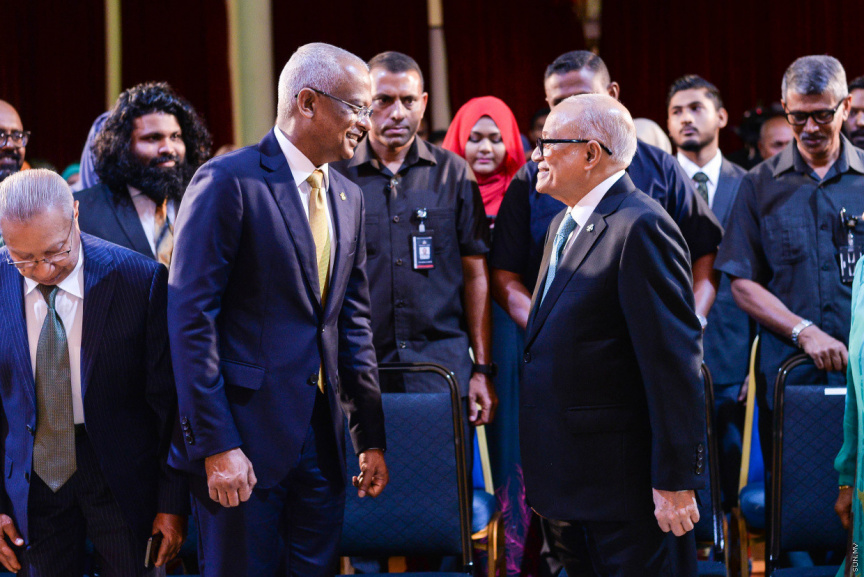 President Ibrahim Mohamed Solih states one of the main reasons why the Maldivian Democratic Party (MDP), now the main ruling party in Maldives, was founded was because the brutality at the time passed all limits.

Speaking at the inauguration of MDP’s fourth congress at the Social Center in Male’ on Friday evening, President Solih said MDP was founded with the involvement of people from all walks of life.

“There’s no greater political asset the Maldivian people have created and maintained than the Maldivian Democratic Party,” he said.

President Solih said MDP was founded based on agreed upon principles and wanted reforms, one of which was to bring an end to the sound of weeping coming from behind the bars of prisons.

“Yes, because brutality passed all limits. Because a person’s end comes knocking at the door because of simple gesture, word or belief. There was no time, moment, or afternoon or midnight for it. There wasn’t a specific time to come barging in, no court warrant to show, and no procedure to follow then. This was the situation then,” he said, referring to former President Maumoon Abdul Gayoom’s reign.

President Solih said MDP wanted to bring an end to the fear, injustice and inhumanity.

He said all MDP members deserved commendation for the success in bringing the brutality to an end.

President Solih said MDP won the first presidential election held in Maldives after its establishment because that was what the Maldivian people wanted.

“Yes, it’s true. Even though we made so many achievements in face of hardship and challenges, there are still many things we want that we have yet to accomplish. Whether internal reforms, or reforms to the nation, the tasks ahead are hard and great,” he said.