Council: Current administration initiated the most developmental projects in Feydhoo 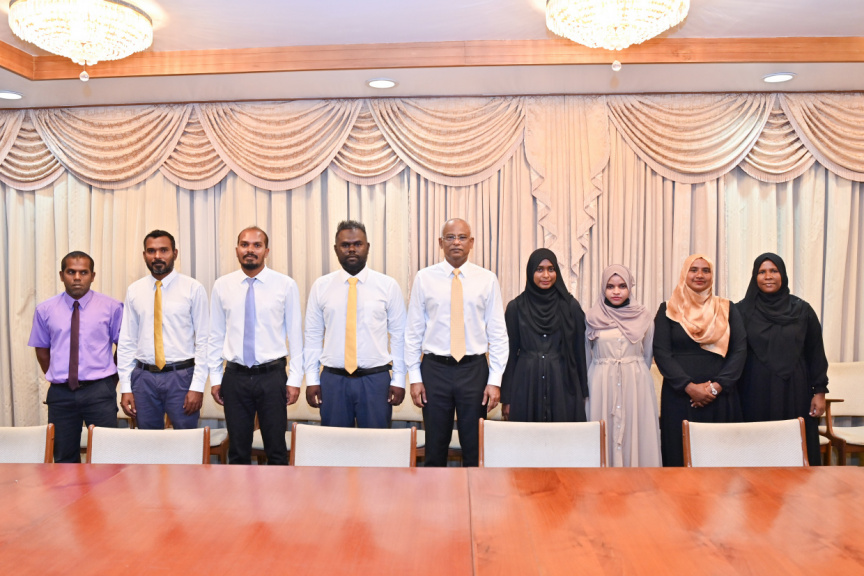 Sh. Feydhoo Council, on Thursday, has stated that the current administration initiated the most significant developmental projects on the island in comparison to previous administrations.

Feydhoo Council members made the remark during a meeting held with President Ibrahim Mohamed Solih at the President’s Office. This meeting was also attended by Feydhoo’s Women’s Development Committee (WDC) members.

During the meeting, the council members and the president also discussed Feydhoo’s developmental plans and its residents’ most pertinent needs.

Some topics discussed in this regard included tourism development, space constraints at the council secretariat, policing, coastal erosion, and the need for sporting facilities, including a handball court.

Council members also expressed their views on the ongoing harbor development project to the President.

Meanwhile, President Solih thanked the island’s people for their acceptance of the administration’s developmental agenda at the meeting. With reference to the issue of coastal protection noted by the council members – the President assured that the administration plans to address it alongside the ongoing harbor development project.

He also expressed confidence in addressing the other concerns the island’s representatives raised at the meeting.