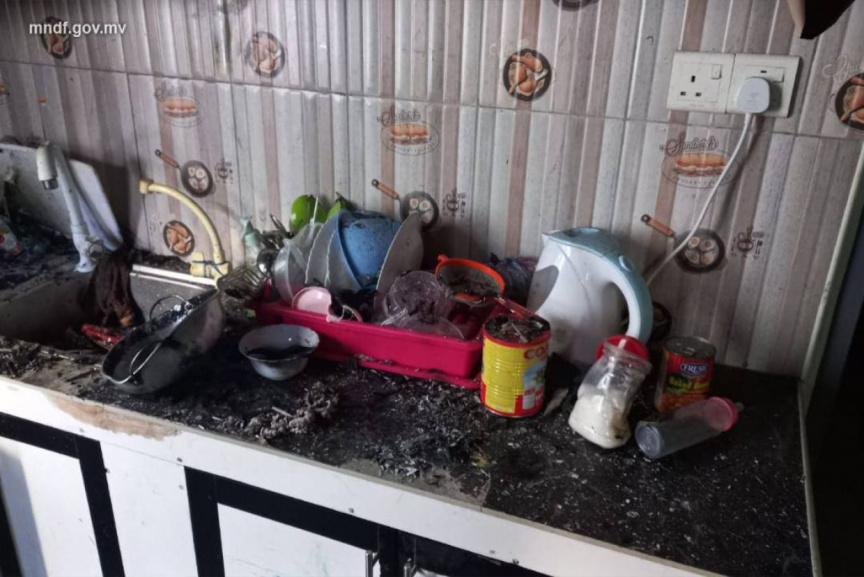 A home located at Hulhumale’ Phase II was damaged on Monday after a fire broke out in the kitchen.

Maldives National Defense Force (MNDF) said that that fire was a result of a cooking pan on the stove catching on fire.

They detailed that the incident was reported to authorities at approximately 14:09pm this afternoon.

A cupboard fixed in the house’s kitchen alongside some other items was damaged beyond use in the fire.

MNDF was able to subdue the fire. They stressed that no one was injured in the incident.