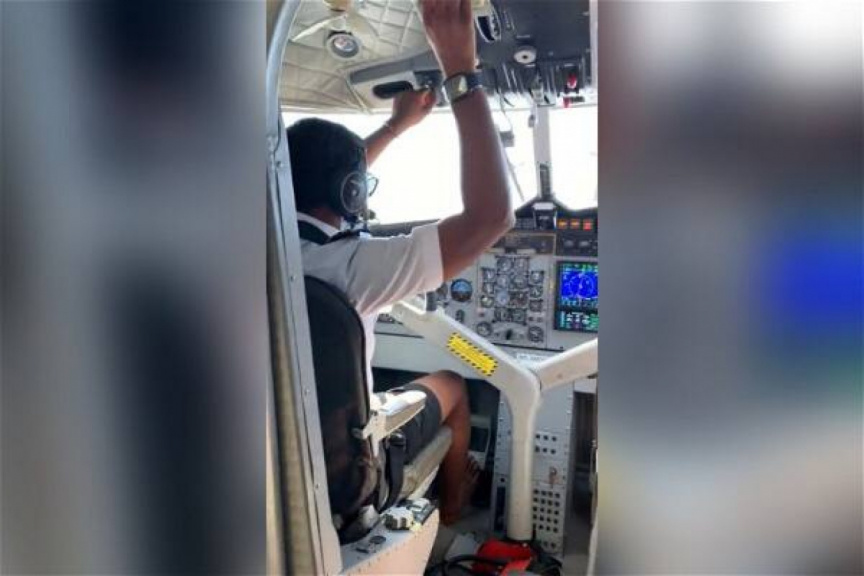 Screengrab from viral video showing a captain of a Maldivian seaplane turn off the aircraft's left engine mid-air.

Island Aviation’s Deputy Managing Director Aishath Jennifer, on Wednesday, has stated that the video that recently went viral on social media showing the engine of a Maldivian seaplane being turned off mid-air is a video from last year – adding that action has also been taken against the captain seen in the video.

The video which had gone viral on Twitter shows the left-engine of a Maldivian seaplane being turned off by the captain mid-air. This is direct violation of aviation regulations.

The individual that shared the video had questioned who would take responsibility if anyone is harmed by such an act. Prior to this, a video showing a captain smoking a cigarette inside a Maldivian seaplane had gone viral as well.

Commenting on the matter, DMD Jennifer said that the video pertains to a case which has already concluded. She also stressed that Maldivian is a company that operations in adhere to Civil Aviation Regulation.