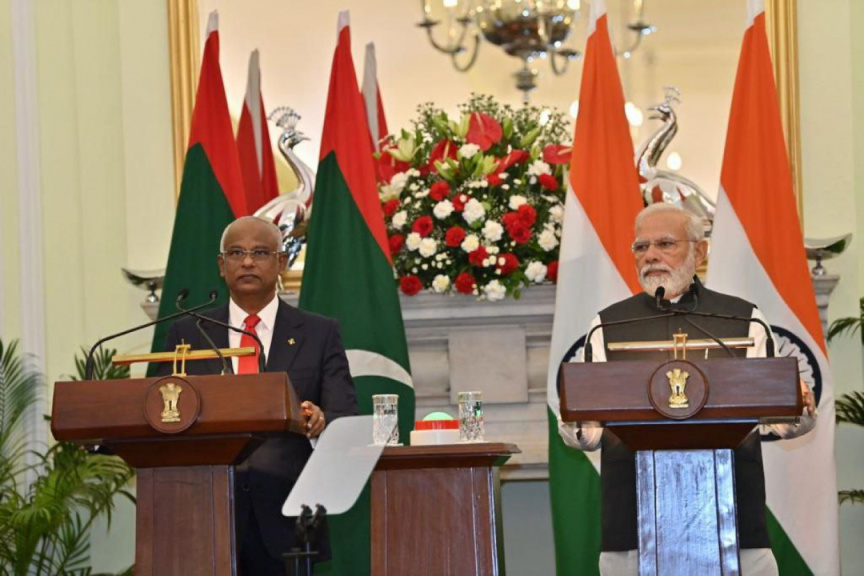 Prime Minister of India Narendra Modi on Tuesday announced the decision to provide an additional line of credit of USD 100 million to ensure all projects can be completed promptly.

The PM made this announcement during a joint press statement with President Ibrahim Mohamed Solih at the Hyderabad House, New Delhi, after signing a total of six MoUs between both nations.

“In the last few years, there has been renewed vigour in the friendly ties between India and Maldives. Our closeness has increased,” Modi said.

Noting that before the press conference, discussions were held between both, during which it was decided that India will be aiding the development of the 4000 housing units being built in Male’ area and the 2000 social housing units in the same region as India’s EXIM bank loan.

Moreover, Modi spoke about the way stability in the Indian Ocean links to the safety of both countries. He went on to state that the threat of trans-national crime, terrorism, and drug trafficking was serious in the Indian Ocean, and close India-Maldives ties were vital for peace in the entire region.

Furthermore, he stated that the India-Maldives friendship was not just about working in the interest of the people, but it was also about becoming a source of peace and stability for the entire region.

Modi also noted that India has been a first responder to any crisis faced by the Maldives, and assured that it would remain so in the future as well.