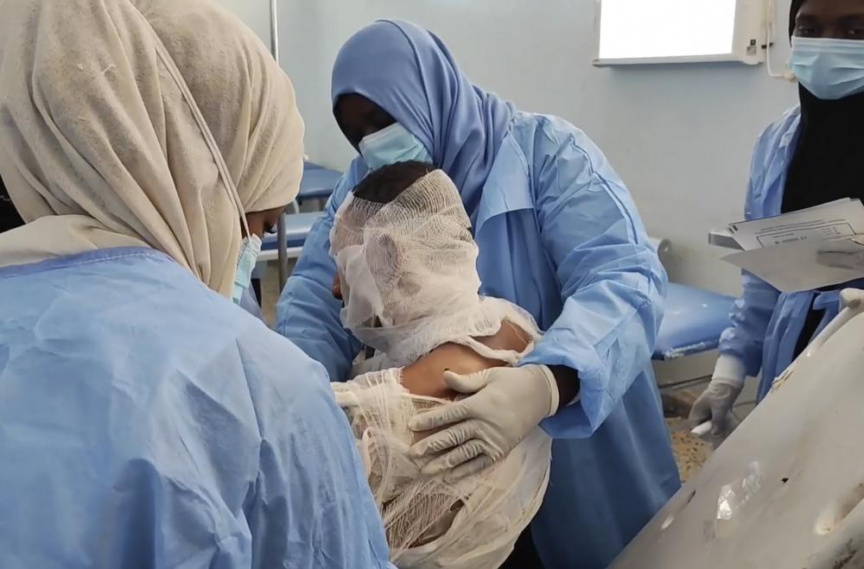 In this frame grab from video, a man injured after a fuel tanker truck caught fire and exploded in the central town of Bent Bayya is treated for burns at a medical center in the nearby city of Sabha, Libya, Monday, Aug. 1, 2022. (AP Photo)

The incident took place in the central town of Bent Bayya when the tanker truck overturned before catching fire and exploding, the state-run Libya News agency reported.

The agency said residents in the area rushed to collect leaked gasoline despite warnings of possible fire and explosion, causing the high casualty tolls. Such incidents occasionally happen in impoverished areas where safety measures are mostly neglected.

The state-run Emergency Services in the area gave the casualty tolls. The injured were taken to the medical center in the nearby city of Sabha, said Halima al-Mahri, a spokeswoman for the center.

Al-Mahri said at least 16 critically injured were evacuated to hospitals in the capital of Tripoli and the eastern city of Benghazi.

The center posted footage, including graphic images, of people at an emergency ward receiving treatment for their burns.

It was not immediately clear what caused the tanker to overturn and explode. Fathi Bashagha, one of Libya’s rival prime ministers, said he ordered an investigation into the incident.

Video of child refugee in Libya sheds light on abuse