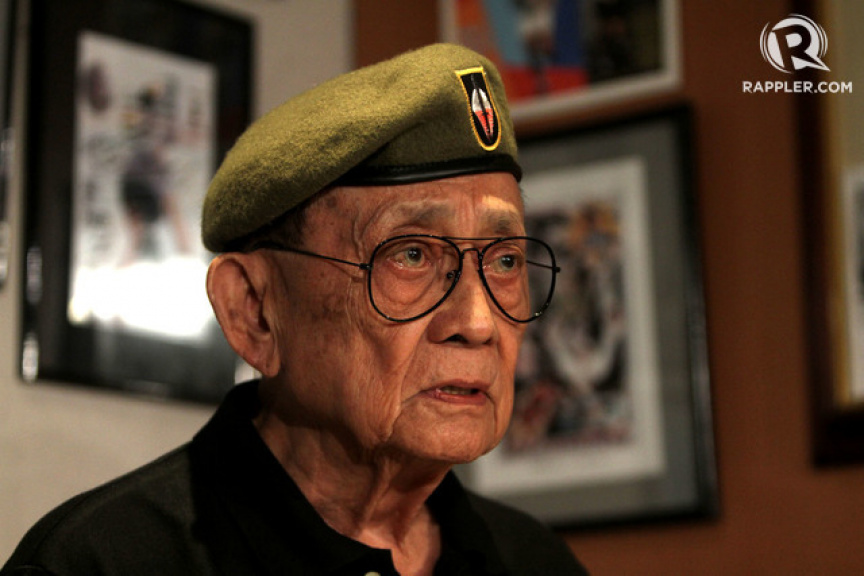 MANILA, Philippines (AP) — Former Philippine President Fidel Valdez Ramos, a U.S.-trained ex-general who saw action in the Korean and Vietnam wars and played a key role in a 1986 pro-democracy uprising that ousted a dictator, has died. He was 94.

It was not immediately clear what caused his death but one of his longtime aides, Norman Legaspi, told The Associated Press that Ramos had been in and out of the hospital in recent years due to a heart condition and had suffered from dementia.

Some of Ramos’s relatives were with him when he died on Sunday at the Makati Medical Center in metropolitan Manila, Legaspi said, adding the family would issue a statement on his death later Sunday.

“He was an icon. We lost a hero and I lost a father,” said Legaspi, a retired Philippine air force official, who served as key staff to Ramos for about 15 years.

Press Secretary Trixie Cruz-Angeles condoled with Ramos’ family. “He leaves behind a colourful legacy and a secure place in history for his participation in the great changes of our country, both as a military officer and chief executive,” she said in a statement.

The cigar-chomping Ramos, known for his visionary “win-win” outlook, attention to detail, a thumbs-up sign and firm handshake, served as president from 1992 to 1998, succeeding the democracy icon, Corazon Aquino. She was swept into the presidency in 1986 after an army-backed and largely peaceful “People Power” revolt toppled dictator Ferdinand Marcos, who was also a cousin of Ramos.

The uprising, which became a harbinger of change in authoritarian regimes worldwide, came after Ramos, the head of the Philippine Constabulary, and Defense Secretary Juan Ponce Enrile withdrew their support from Marcos following a failed coup.

Roman Catholic Cardinal Jaime Sin then summoned Filipinos to surround and shield the military and constabulary camps in the capital region where the defectors and their forces dug in, sparking crucial government defections that eventually drove Marcos and his family and cronies to U.S. exile.

After Aquino rose to the presidency, Ramos became the military chief of staff and later defence secretary, successfully defending her from several violent coup attempts.

Ramos won the 1992 presidential elections and became the largely Roman Catholic nation’s first Protestant president. His term was marked by major reforms and attempts to dismantle telecommunications and other business monopolies that triggered a rare economic boom bolstered the image of the impoverished Southeast Asian country and drew praise from business leaders and the international community.

His calm bearing in times of crises earned him the moniker “Steady Eddie.”

A son of a longtime legislator and foreign secretary, Ramos graduated from the U.S. Military Academy at West Point in 1950. He was a part of the Philippine combat contingent that fought in the Korean War and was also involved in the Vietnam War as a non-combat civil military engineer.

Ramos is survived by his wife, Amelita “Ming” Ramos, a school official, pianist, sports and environmental advocate, and their four daughters. Their second child, Josephine “Jo” Ramos-Samartino, passed away in 2011.

Funeral arrangements were not immediately announced.