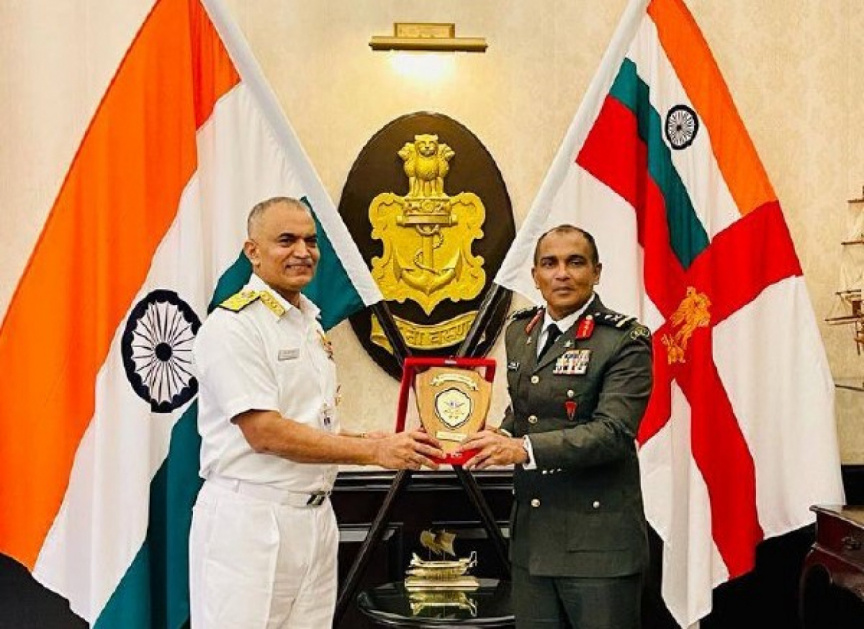 Chief of Defense Force Major General Abdulla Shamaal has departed on an official visit to India.

Shamaal departed on a six-day visit to India on Wednesday.

According to Maldives National Defense Force (MNDF), Shamaal is visiting India is at the invitation of India’s Chief of Army Staff General Manoj Pande.

During the visit, Shamaal laid a wreath at the National War Memorial.

“During these meetings, the Chief of Defense Force noted the assistance extended by the Indian army to provide training and resources to Maldivian soldiers and enhance the capacity of MNDF,” said the MNDF.

The officials also engaged in further avenues of assistance from the Indian army and strengthening cooperation in regional security.