'Dhuvaafaru Council sent report on how they distributed Zakat money, no issue noticed' 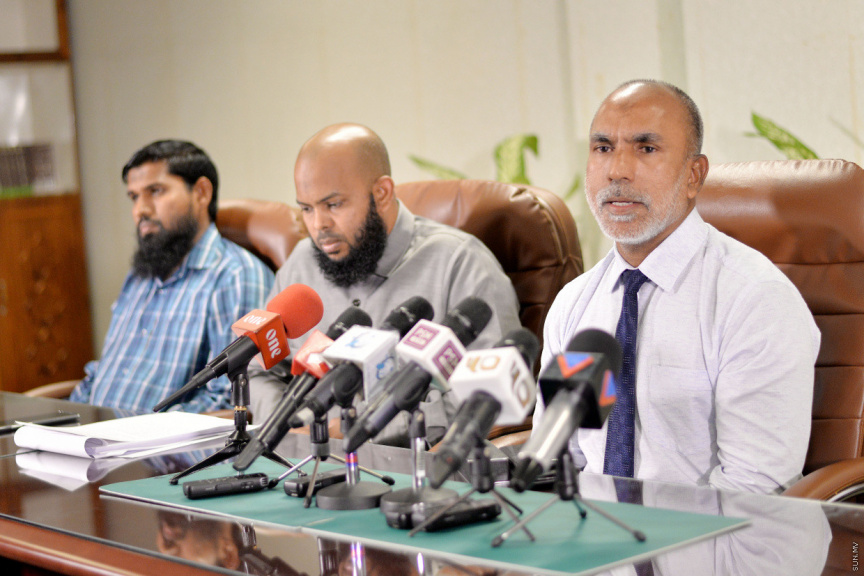 Islamic Ministry, on Monday, confirmed that R. Dhuvaafaru Council had sent the Ministry a report on how they distributed the money received as Zakat.

A special monitoring report compiled by Local Government Authority (LGA) states that MVR 318,600 required to be distributed by Dhuvaafaru Council as Zakat al-Mal was deposited to the bank account of a council member – following which the trail was lost.

In a statement released by Islamic Ministry commenting on the matter, they said that Dhuvaafaru Council presented the Ministry a report formulated on how they distributed Zakat al-Fitr of this year, and Zakat al-Mal of last year to those entitled.

“We note that these documents have been verified by the Ministry to ensure that those entitled for Zakat received the amount of money they are entitled to,” the statement read.

Underscoring that Islamic Ministry undertakes the distribution of Zakat al-Fitr and Zakat al-Mal to entitled individuals through local councils every year – the Ministry stressed that they strenuously monitor all matters pertaining to Zakat.

They went on to state that acquiring reports from councils on how they distributed Zakat is a task undertaken by the Ministry, by allocating a special priority for it.

Therewith, the Ministry advised against reporting news in a manner that creates doubt amongst the public regarding money received at Zakat, and may cause to strain trust formed between the public and the Ministry.

Islamic Ministry also stated that starting from this year, they will be distributing Zakat al-Mal to those registered with the Ministry as poor, by directly depositing the money to their accounts.

However, LGA noted that the document they received as proof of the handover of Zakat money to entitled persons named council member Zuhudha Adam as the individual who carried out the handover.

The report states that it is unclear whether the money handed over by Zuhudha was the same MVR 318,600 deposited to Mohamed Alifulhu’s account to be distributed as Zakat, or some other money.

It also stressed that documents indicate MVR 54,608 to be distributed as Zakat was given to Zuhudha in cash.

The report also highlighted on the lack of documentation proving the money received by Zuhudha was handed over to those entitled to Zakat.