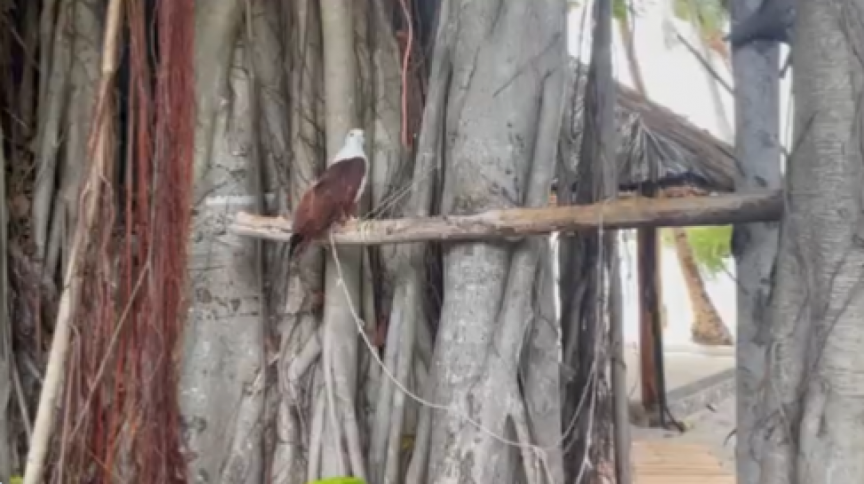 A screengrab from video released by EPA showing two birds captured at Vaavu Atoll being freed back into the wild with assistance from Police.

Environmental Protection Agency (EPA), on Friday, announced that they freed two birds back into the wild after they were captured by a group of people in Vaavu Atoll with assistance from Maldives Police Service.

EPA detailed that one of the birds was a ‘Brahiminy Kite’ while the other was a ‘Glossy Ibis’.

They thanked Maldives Police Service in Vaavu Atoll for the support they had rendered in this endeavor.

Condemning the capture of both birds, EPA requested the public not to capture seabirds and migratory birds.

As per regulations, harming an endangered bird can be fined by an amount between MVR 30,000 and MVR 50,000 based on the severity.

EPA: Will take action for taking sand from beaches