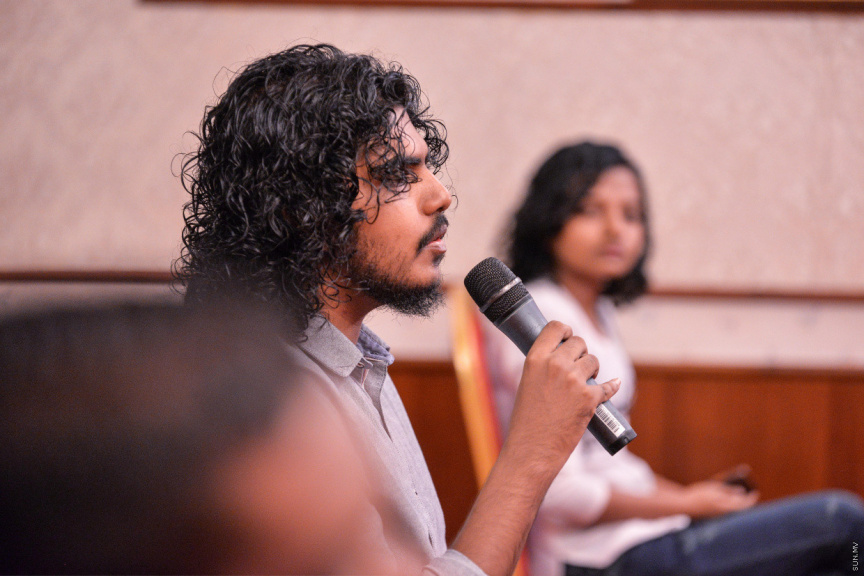 Ahmed Azaan, a reporter for Dhiyares, pictured during a press conference.

Azaan was summoned by the police for questioning in connection to the case on Thursday afternoon.

In a tweet after he was questioned by police, Azaan denied the allegations against him.

He claimed the charges were manufactured by Assistant Commissioner of Police Mohamed Riyaz.

“I deny the allegations against me. I told the investigation officer that these charges were manufactured by Assistant Commissioner of Police Mohammed Riyaz,” he said.

Azaan wrote an article on Dhiyares on February 6, warning of a bug in IGMH’s patient portal, which allowed people to access patient records. After he published the article, he came under suspicion he gained access to the portal to obtain health records of state officials, which he is accused of later leaking.

Several reporters and supporters of the opposition Progressive Party of Maldives (PPM) had protested outside the police headquarters when he went in for questioning.

The case against him has also sparked concern from Maldives Journalists Association (MJA).

Police have stated that Azaan was summoned for questioning on suspicion of committing a crime, and denied it had anything to do with his work as a reporter.

Police said they would not do anything to undermine the freedom of the press in Maldives.