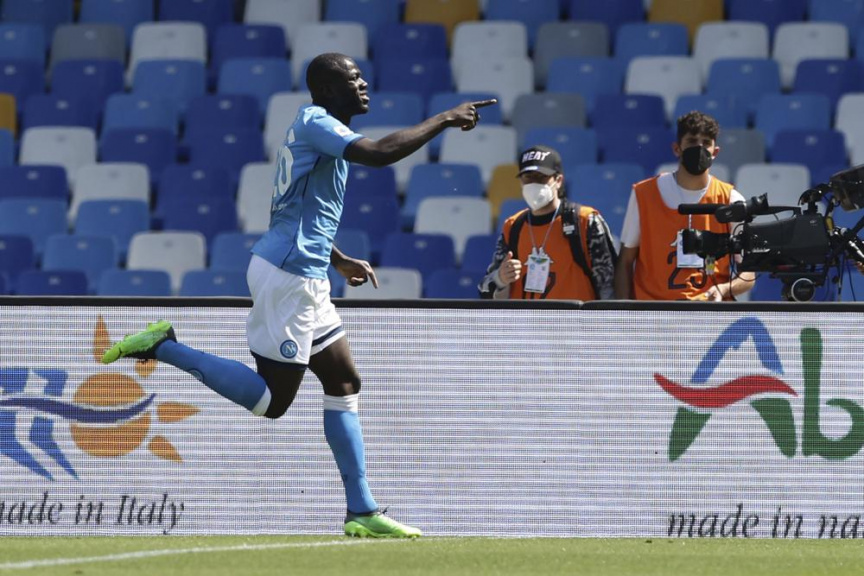 LONDON (AP) — Chelsea completed the signing of center back Kalidou Koulibaly from Napoli on Saturday.

The Premier League club paid a fee reported to be 40 million euros ($40 million) for the 31-year-old Senegal international, who arrives at Stamford Bridge following the departures of defenders Antonio Rudiger and Andreas Christensen.

Koulibaly, who signed a four-year contract, joined his new teammates in Las Vegas for their preseason tour of the United States.

Koulibaly played eight seasons with the Italian club, making 317 appearances and scoring 14 goals. He began his career with Metz in France and moved to Belgian club Genk for two seasons before joining Napoli.

“Chelsea came first to get me in 2016 but we didn’t make it,” Koulibaly said. “Now when they came to me I accepted it because they really wanted me to come to the Premier League to play for them.”

Koulibaly will play in front of Senegal teammate and goalkeeper Edouard Mendy. Koulibaly is Senegal’s captain and this year led the team to its first African Cup title.

Chelsea co-owner Todd Boehly described Koulibaly as “one of the world’s elite defenders... A great leader and an exemplary team player, Kalidou brings a wealth of experience and attributes that will benefit our squad and the club as a whole.”

Tuchel fired by Chelsea in ruthless call by US owners