Police dispose of alcohol in their custody 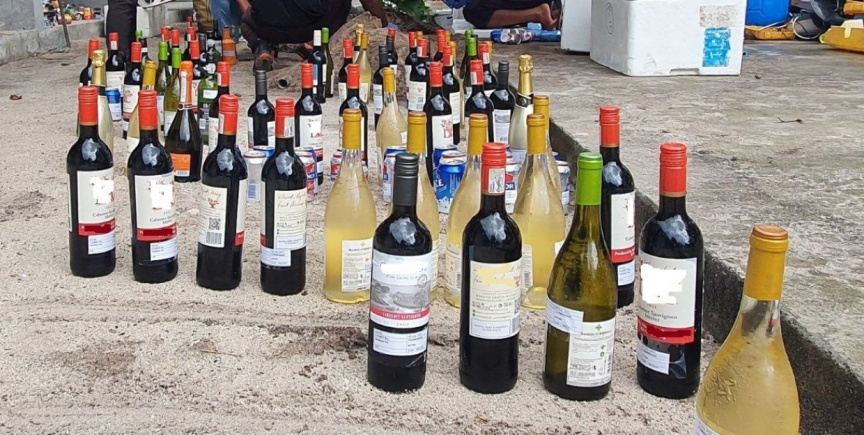 The alcohol bottles and beer cans in the custody of N. Maafaru Police Station have been disposed of. (Photo / Police)

Maldives Police Services revealed that alcohol in the custody of N. Maafaru Police Station has been disposed of on Thursday.

According to the Police, 94 bottles of alcohol and 41 cans of beer were disposed this time around.

Additionally, Police stated that these were items seized by Maldives National Defense Force (MNDF) from guests at Maafaru International Airport and handed over to their custody.

These were seized between June 3 till July 10.

Moreover, the authority highlighted that the items were disposed of under the policy to destroy items confiscated for various investigations for alcohol-related cases, as directed by the dedicated committee for it.

Suspect wanted in connection to threat against police