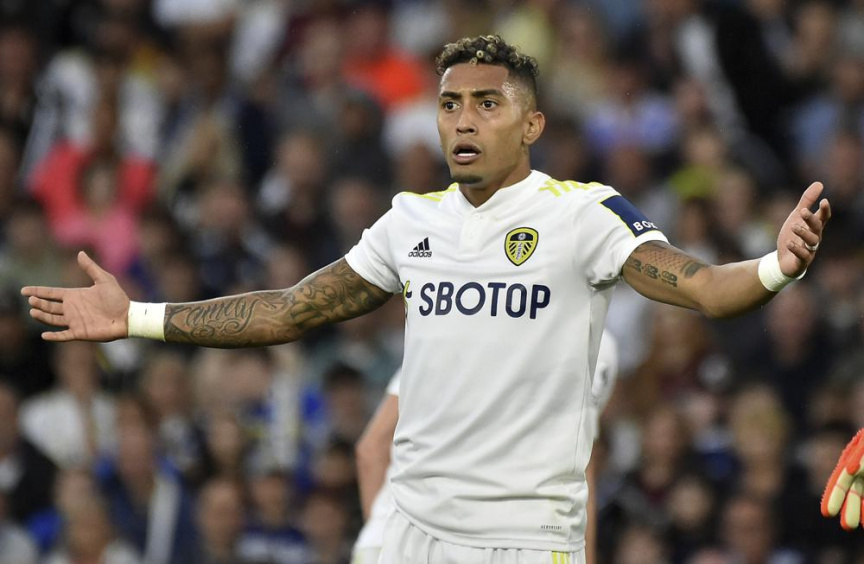 The agreement to sign Brazil international Raphinha was pending the 25-year-old winger passing a medical. Leeds also confirmed it had reached an agreement in principle with Barcelona.

Barcelona president Joan Laporta also said the club is keeping Dembélé, who is expected to have his contract extended until the end of 2024. Dembélé performed well this past season after refusing to leave on a loan.

Laporta did not answer questions on whether Barcelona was still trying to sign Robert Lewandowski from Bayern Munich. Laporta said recently that Barcelona had made an offer for the striker.

The Catalan club has been recovering after enduring a dire financial situation prompted by the pandemic with past club officials also blamed for poor administration.

Financial details of the Raphinha transfer were not immediately disclosed, but local media said Barcelona would pay nearly 60 million euros ($60 million) plus add-ons.

Barcelona called Raphinha a player who is “excellent in one on ones, with taking on defenders a key part of his game.” It called him a “difference-maker.”

Raphinha made his debut with Brazil’s national team last year and is set to make the squad for the World Cup in Qatar later this year.

Raphinha moved from Brazil to Europe early in his career, joining Portuguese club Vitória Guimarães before moving to Sporting Lisbon for 6.5 million euros in 2018.

He went to Rennes for 21 million euros in 2019, then joined Leeds a year later and quickly became a key player in Marcelo Bielsa’s squad.

Barcelona said it sent Portuguese forward Francisco Trincão on a one-year loan deal to Sporting Lisbon. The deal includes an option for Sporting to keep the 22-year-old player.

Trincão joined Barcelona from Braga in 2020 but struggled to make an impact, scoring three goals and earning two assists in 42 matches before being loaned to Wolverhampton last season.