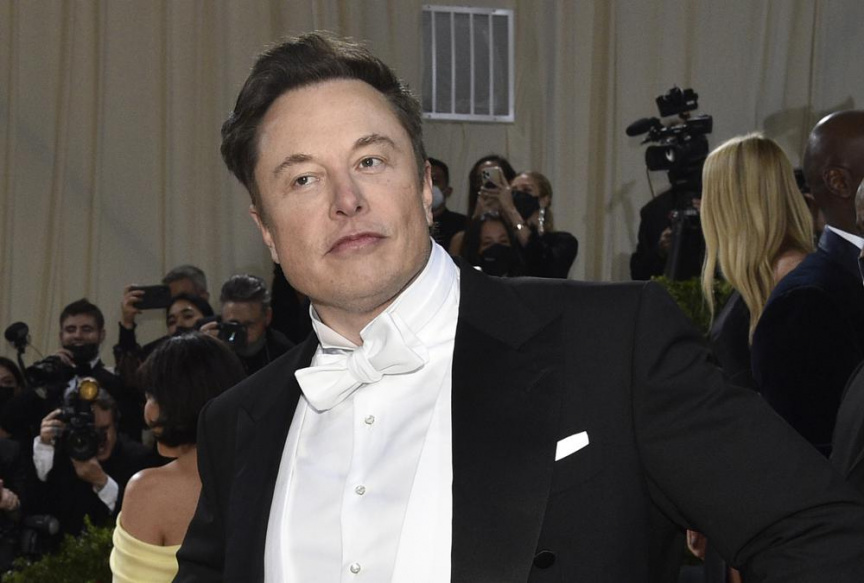 FILE - Elon Musk attends The Metropolitan Museum of Art's Costume Institute benefit gala celebrating the opening of the "In America: An Anthology of Fashion" exhibition on May 2, 2022, in New York. (Photo by Evan Agostini/Invision/AP/File)

NEW YORK (AP) — Shares of Twitter slid more than 11% in the first day of trading after billionaire Elon Musk said that he was abandoning his $44 billion bid for the company and the social media platform vowed to challenge Musk in court to uphold the agreement.

Twitter is now preparing to sue Musk in Delaware where the company is incorporated. While the outcome is uncertain, both sides are preparing for a long court battle.

Musk alleged Friday that Twitter has failed to provide enough information about the number of fake accounts on its service. Twitter responded in a weekend letter disclosed Monday that his “purported termination is invalid and wrongful” and that the company has continued to provide the information he “reasonably requested.”

Twitter said last month that it was making available to Musk a ″ fire hose ” of raw data on hundreds of millions of daily tweets.

The company has said for years in regulatory filings that it believes about 5% of the accounts on the platform are fake. But on Monday Musk continued to taunt the company, using Twitter, over what he has described as a lack of data. In addition, Musk is also alleging that Twitter broke the acquisition agreement when it fired two top managers and laid off a third of its talent-acquisition team.

Musk agreed to a $1 billion breakup fee as part of the buyout agreement, although it appears Twitter CEO Parag Agrawal and the company are settling in for a legal fight to force the sale.

“For Twitter this fiasco is a nightmare scenario,” Wedbush analyst Dan Ives, who follows the company, wrote Monday. He said the result would be “an Everest-like uphill climb for Parag & Co.” given concerns over employee morale and retention, advertiser concerns and other challenges.

The sell-off in Twitter shares pushed the share price below $34, far from the $54.20 that Musk agreed to pay for the company. That suggests Wall Street has very serious doubts that the deal will go forward.

Many experts in the legal and business sectors believe Twitter likely has a stronger case.

Morningstar analyst Ali Mogharabi noted that Twitter has described its estimate of fake and spam accounts for years in regulatory filings while explicitly noting that the number might not be accurate given the use of data samples and interpretation.

Given current market conditions, Mogharabi said, Twitter may also have a solid argument that the layoffs and firings of the past weeks represent “an ordinary course of business.”

“Many technology firms have begun to control costs by reducing headcount and/or delaying adding employees,” he said. “The resignations of Twitter employees cannot with certainty be attributed to any change in how Twitter has operated since Musk’s offer was accepted by the board and shareholders.”

“With Musk officially walking away from the deal, we think business prospects and stock valuation are in a precarious situation,” wrote CFRA Analyst Angelo Zino. “(Twitter) will now need to go at it as a standalone company and contend with an uncertain advertising market, a damaged employee base, and concerns about the status of fake accounts/strategic direction.”

The uncertainty surrounding who will run Twitter, Mogharabi said, could lead wary advertisers to curtail their spending on the platform.

But the drama surrounding the deal, he added, will also likely attract new users to the platform and increase engagement, particularly given the upcoming midterm elections. That, he said, could convince advertisers to cut a bit less. In the long run, he said, “we think Twitter will remain one of the top five social media platforms for advertisers.”

Twitter sues to force Musk to complete $44B acquisition

Elon Musk to buy Twitter for $44B and take it private

Twitter sues to force Musk to complete $44B acquisition