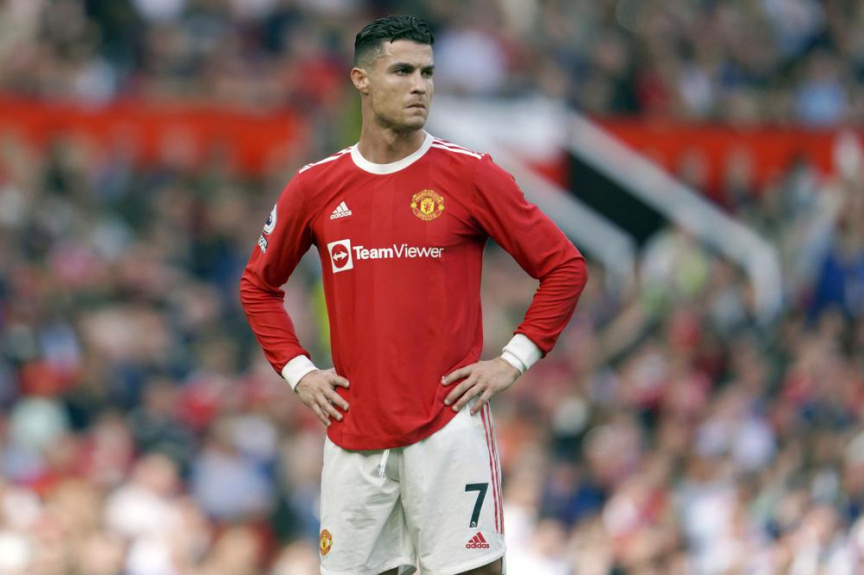 The team is in Thailand for a preseason tour but the 37-year-old forward didn’t make the trip due to an unspecified family issue, amid doubts over his future at the club.

“He’s not with us and it’s due to personal issues,” Ten Hag said at a press conference. ”We are planning with Cristiano Ronaldo for this season so that’s it. I’m looking forward to working with him.”

The Portugal star has reportedly asked to leave United.

“He hasn’t told me this. I have read but what I say is Cristiano is not for sale,” Ten Hag said. “Cristiano is in our plans and we want to (have) success together.”

Ronaldo returned to United from Juventus last season after 12 years away from Old Trafford but the team finished in sixth place and only qualified for the Europa League rather than the more prestigious Champions League.

United will also travel to Australia as part of its tour.

Ronaldo says his dream of winning World Cup has ‘ended’

Ronaldo to leave Man U ‘with immediate effect'

Ronaldo cites ‘heat of moment’ after left off squad

Ronaldo says he is not planning to retire after WCup