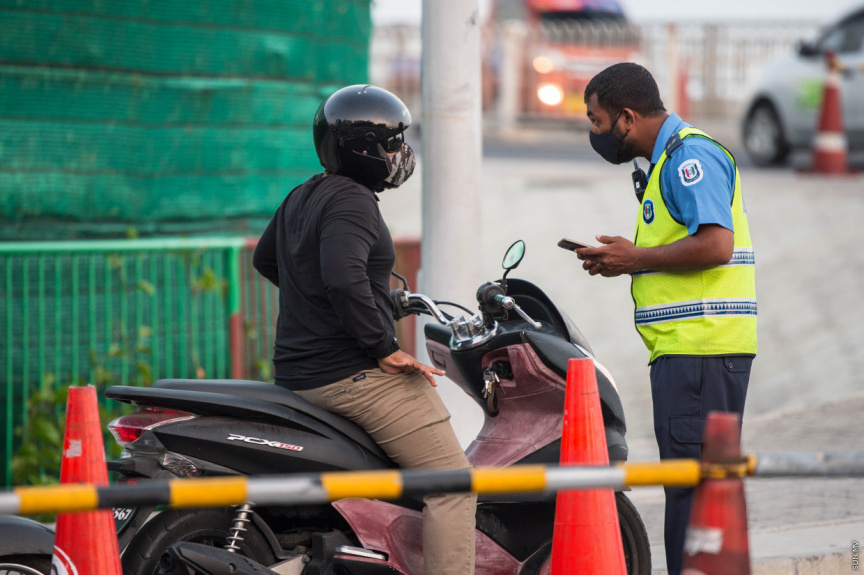 Traffic police question a motorcyclist getting on the Sinamale' Bridge on March 2, 2021. (Sun Photo/Fayaz Moosa)

The government has earned a total of MVR 145 million in fine payments at the conclusion of the first six months of this year.

Statistics by Finance Ministry show that the state earned an income of MVR 3.5 billion excluding tax revenue – of which MVR 145 million were received in fine payments. During the same period last year, the government earned MVR 112 million in fine payments – a much lower amount.

On Tuesday, the government announced special measures to decrease state expenditure and increase state revenue in order to improve the fiscal situation of Maldives.

Meanwhile, measures proposed to increase state revenue include raising GST from 6 percent to 8 percent and TGST from 12 percent to 16 percent.