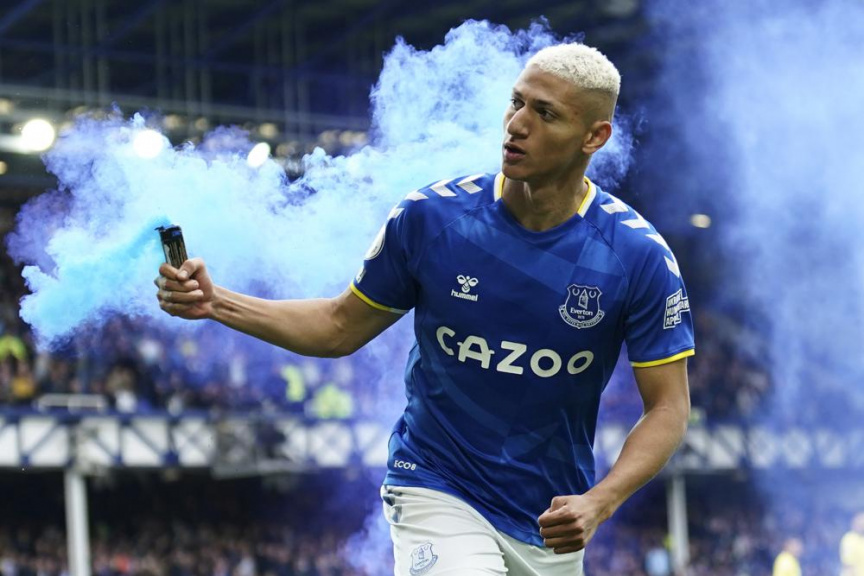 FILE - Everton's Richarlison runs with a flare as he celebrates after scoring his sides first goal during the Premier League soccer match between Everton and Chelsea at Goodison Park in Liverpool, England, on May 1, 2022. (AP Photo/Jon Super)

Richarlison admitted a charge of improper conduct and was banned for one game and fined 25,000 pounds ($30,000), the English Football Association said in announcing the tribunal verdict.

Tottenham start the league hosting Southampton on Aug. 6. Richarlison should be available to play at Chelsea one week later.

Richarlison scored in Everton’s 1-0 win against Chelsea on May 1 that helped his then club avoid relegation. But a lit, blue smoke canister was thrown on the pitch by Everton supporters and Richarlison picked it up and threw it away from the field.