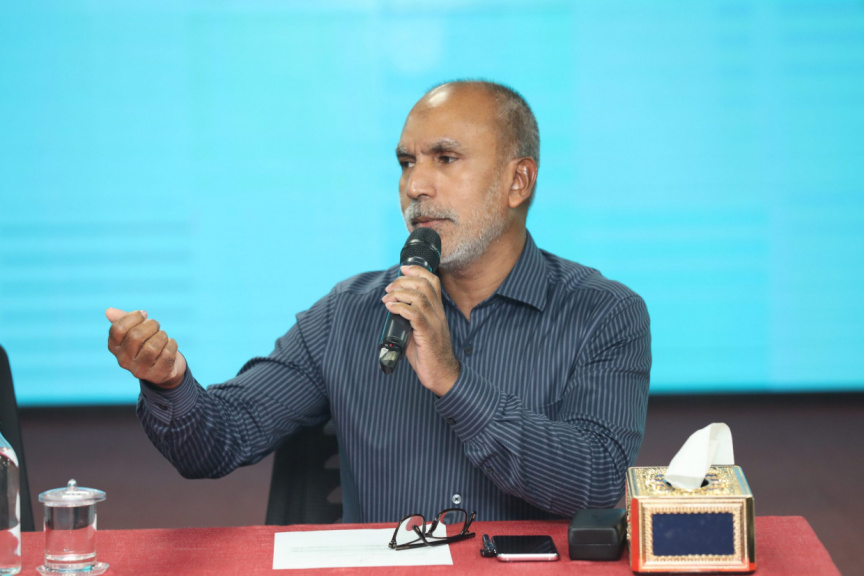 The Ministry of Islamic Affairs has stated that the letter circulated sent by the ministry to Maldives Police Service was not in connection to the event held in Male’ City to mark international yoga day.

In a statement released by the ministry addressing the matter, it noted that the fatwa referred to in the letter was in procedural violation.

The letter dated June 15 was signed by the Islamic Ministry’s Senior Executive Director Hisham Ahmed and addressed to Commissioner of Police Mohamed Hameed. It was sent days ahead of the Yoga Day event held on June 21 which ended in chaos after a mob stormed the national football stadium where the event was held.

The Ministry’s statement further noted that once a detailed fatwa regarding practicing yoga has been obtained from the Fatwa Council of Maldives, it will be published.

The event, organized by the Indian Cultural Center and the Youth Ministry was attended by dozens of participants, including foreign ambassadors and diplomats.

The letter in question was posted on Twitter by Jamiyyath Salaf's Chief Marketing Officer Ali Rameez and Al-Sheikh Zamzam Farish a few days after this.

Meanwhile, the Youth Ministry has said that they did not receive any instructions from the Islamic Ministry or any other government body to stop the event on the basis that activity was not permissible for Muslims.