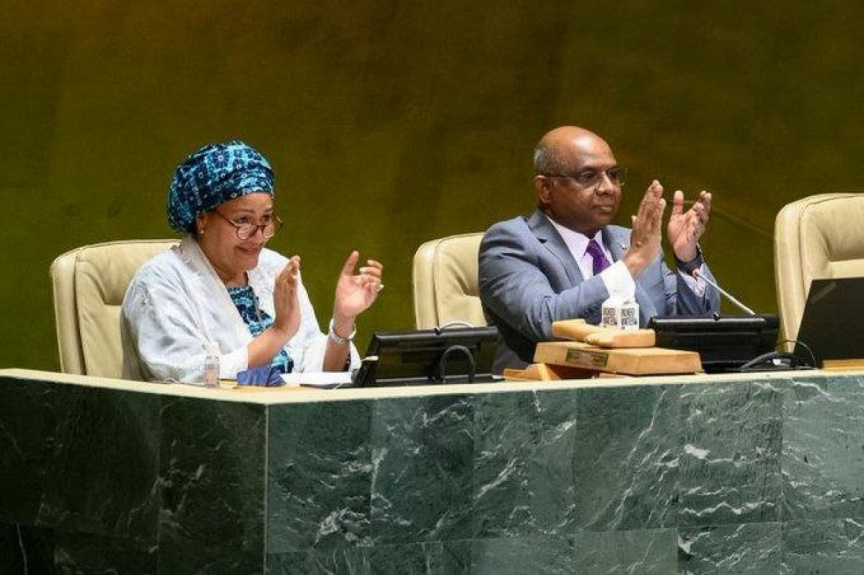 United Nations General Assembly (UNGA), on Monday, has passed a resolution to mark and international day for women in diplomacy.

It called on to established June 24th of every year as ‘International Day of Women in Diplomacy’. The resolution was co-sponsored by 191 Member States, of which 85 Member States were main sponsors of the text.

It was introduced at UNGA by Representative of the Maldives to the United Nation Thilmeeza Hussain.

In her introductory statement, Thimleeza highlighted the newly established day as an annual opportunity to reflect on the challenges faced by women diplomats and actions that can be undertaken to achieve the goal of women’s full, equal, effective and meaningful participation in diplomacy.

She also thanked the President of 76th Session of UNGA, Maldivian Foreign Minister Abdulla Shahid for making gender equality one of his priorities and for championing the issue.

Following the adaptation of the resolution – Shahid thanked all member states who brought it to fruition.

“Now we have a day specifically devoted to celebrating women in diplomacy: who have blazed trails; negotiated peace; strengthened international relations; survived hardships and danger; and have facilitated intercultural linkages,” he had said.

After Shahid’s remarks – Deputy Secretary-General of the United Nations Amina Mohammed applauded the leadership of Maldives and the core group of countries in tabling the resolution with broad cross regional support.