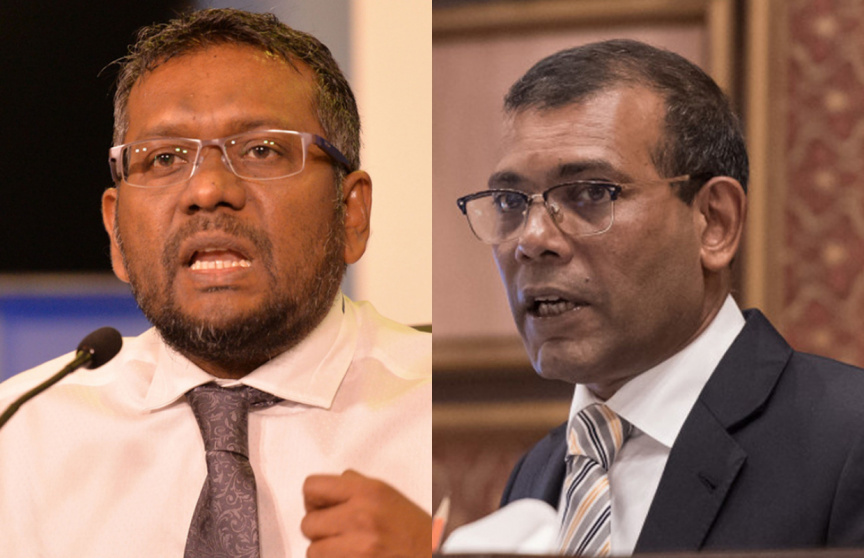 Underscoring there were many people working to overthrow the government, no matter what the consequences -  Economic Minister Fayyaz Ismail has urged MDP’s Leader, Parliament Speaker not to bolster the enemies.

In a text message to MDP’s National Council Whatsapp group regarding statements made by opposition parties on the economic situation of the Maldives, Fayyaz said that those that oppose the government have been making untrue statements, with efforts to twist them as the truth. He urged not to bolster such people.

Fayyaz had said this following multiple remarks by Nasheed, calling to restructure debt.

“Concerns increased because there is yet to see a numerical digit in any session,” Nasheed had said.

Responding to this, Fayyaz said that Finance Minister Ibrahim Ameer will be holding a press conference on Sunday, with details of the numbers.

Finance Minister Ameer has recently stated if debt was restructured – investors would have lost their trust, and would no longer be willing to issue loans.

He also said that if Maldives attempted to decrease interest rates and extend the repayment period – the country would have lost the trust of investors.

Apart from this, he said loans withdrawn by the government during the COVID-19 pandemic have allowed the Maldivian economy to recover at a good pace – whereas the tourism industry has also paved way for significant improvement.

Can still take on debt, need for investing in economy