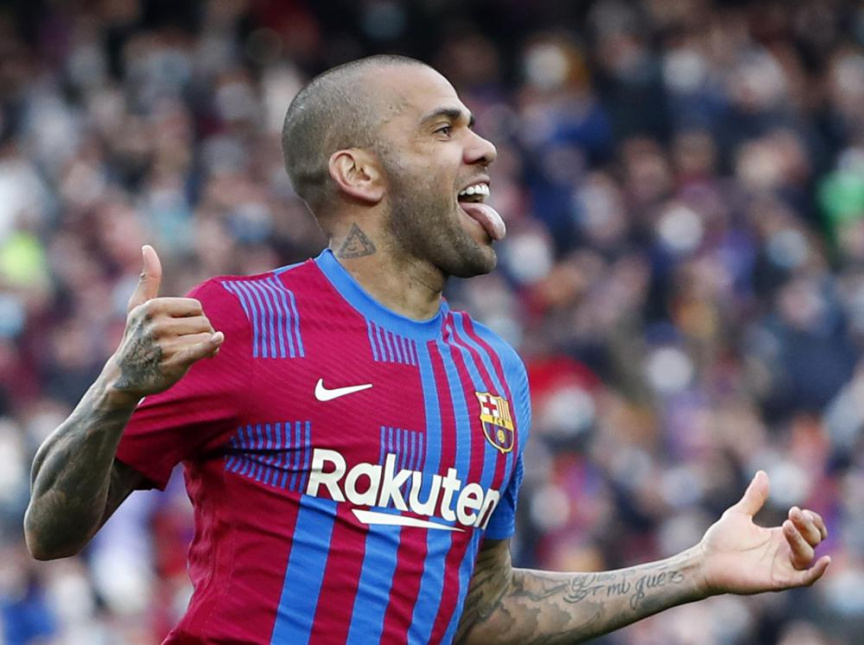 BARCELONA, Spain (AP) — Dani Alves is leaving Barcelona for a second time, five months after the veteran Brazil right back returned to the Spanish club he helped lead to 23 titles.

The 39-year-old Alves played for Barcelona from 2008-16, winning the Champions League three times and six Spanish leagues among other trophies. He started a second stint with Barcelona in January as a free agent on a contract that expired this summer.

Alves scored one goal in 17 appearances last season, which Barcelona ended without a title. He finished his Barcelona career with 408 appearances in total, the second most for a non-Spaniard behind Lionel Messi.

“I would like to thank all the coaching staff for the opportunity they gave me to give something back to this club and wear this marvelous shirt again,” Alves wrote on Instagram. “I hope you don’t miss my craziness and daily dose of happiness too much.”

Alves has also played for Paris Saint-Germain, Juventus and Sevilla. He did not say what his future plans are. He has said he hopes to make Brazil’s squad for the World Cup in Qatar.

Barcelona without injured Aguero for 10 weeks

Laporta back as president at embattled Barcelona