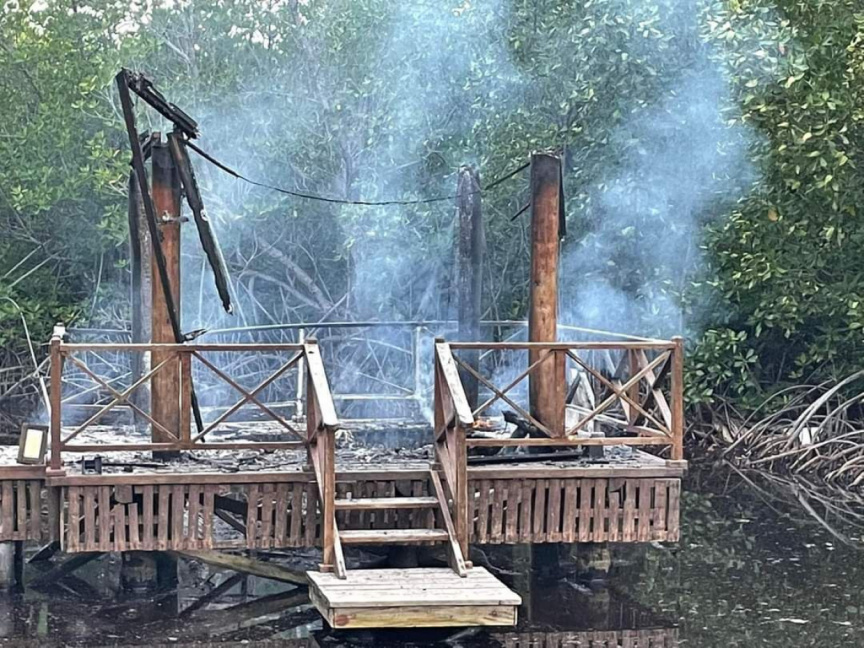 Maldives Police Service has revealed that no arrests have been made so far in connection to the fire set ablaze in HDh. Kumundhoo Nature Park (Vehisara), which resulted in an insurmountable loss.

Police further added that though no arrests were made, the investigation for this case was ongoing.

Kumundhoo Council said that the arson took place at dusk on Tuesday. They explained that the Nature Park had been developed by a non-governmental organization based on the island, Kurevi Jamiyya; later on, handed over to the Council.

About 90 percent of the place has been burnt in the attack.

The island council President Ameen Mohamed stated their belief this to be arson by a group of people, as the park house has no flammable objects.

He further stated that he does not believe there is a reasonable explanation as to why any Kumundhoo resident should vandalize the Nature Park which is an extremely popular destination amongst visitors to the island.

Speaking to Sun after this incident, Kurevi Jamiyya’s Vice President Farish Abdul Gayoom who strongly condemned the attack revealed that MVR 200,000 was spent in total to develop the Nature Park.