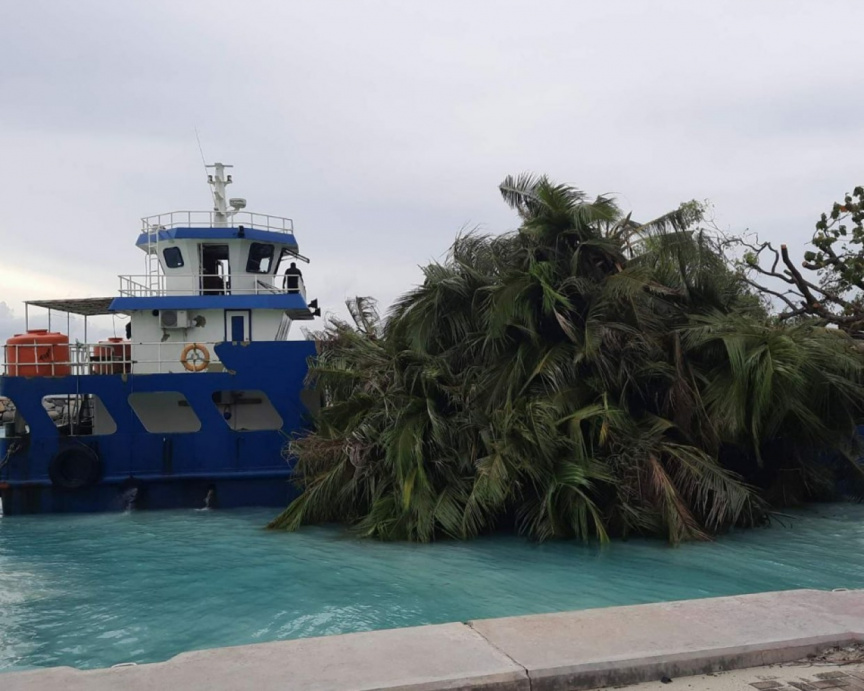 A local who spoke to Sun on Thursday evening said the company in question had uprooted and transported trees out of the island multiple times.

He said that the issue was especially concerning as the island was plagued with beach erosion.

The local said that the trees were being uprooted under the ruse of a road development project, and without an Environmental Impact Assessment (EIA).

He said that some 5,000 trees, including palm trees, had been uprooted so far, some of them from non-residential areas.

Fainu Council’s vice president Mohamed Faisal told Sun the trees were being uprooted to develop the roads of the area from which land was issued to build homes.

He said that the work was being done with permission from the Environmental Protection Agency (EPA).

The plans during former president Abdulla Yameen Abdul Gayoom’s administration to develop an airport in Fainu were dropped after the EIA done for the project found it would cause irrevocable environmental damage.

The EIA found 5,792 trees would need to be cut to build the airport.