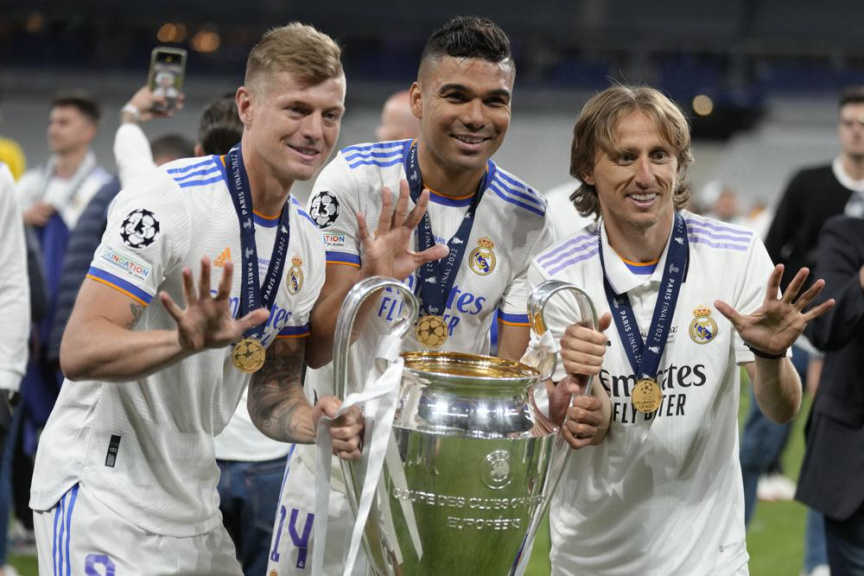 The 36-year-old Croatian signed a new deal with the Spanish club until June 2023 and will return to play alongside Toni Kroos and Casemiro, the trio that helped Madrid win five Champions League titles in the last nine seasons.

“Very happy to announce that I will continue playing for the best club in the world,” Modric said on Twitter and Instagram. “I’ve been fulfilling a dream for the last 10 seasons, and I remain with the same excitement and desire from the first day.”

Posing in front of the 14 European titles won by Madrid, Modric held a club jersey with his name and the number 2023.

Modric will be playing an 11th season with Madrid after joining from English club Tottenham in 2012. He has helped Madrid win 20 titles, including three Spanish leagues.

Financial details were not disclosed. His current deal was going to expire at the end of this month.

Madrid is keeping Modric but is already looking to refresh its midfield, as Kroos is 32 years old, and Casemiro is 30.

Last season, Madrid signed 19-year-old Eduardo Camavinga from Rennes, and now it is close to announcing an agreement with 22-year-old Aurélien Tchouaméni from Monaco. Camavinga played often this season, as did 23-year-old Federico Valverde, who has been with the senior team since 2018.

Madrid saved money in recent transfer windows and is expected to boost its attack after missing out on signing Kylian Mbappé, the young France forward who preferred to stay at Paris Saint-Germain.

Gareth Bale and Francisco Isco are not staying with the Spanish club next season, and Marco Asencio is also expected to leave.