State: 4 suspects conspired to detonate an IED whilst an event was underway at Kunooz 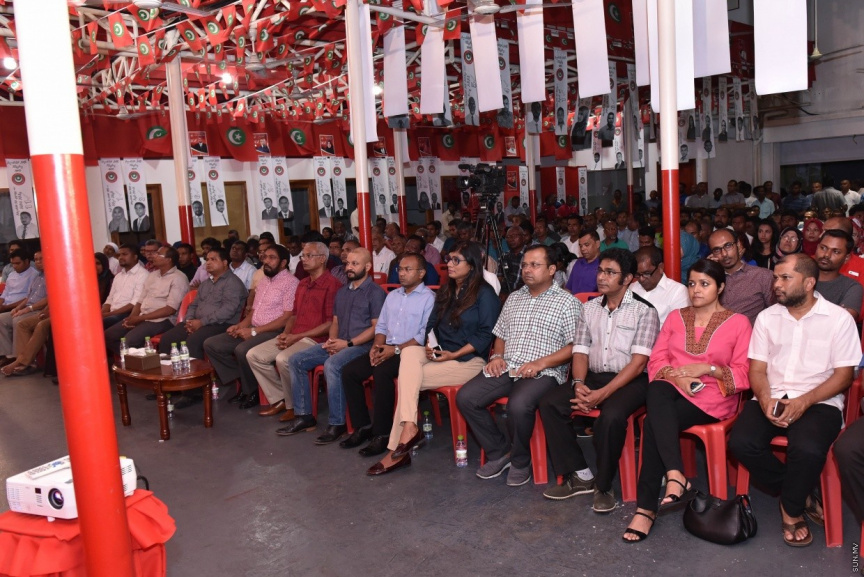 The Prosecution, on Wednesday, has stated at the Criminal Court that a group charged with conspiring to carry out an act of terrorism had planned to detonate an IED whilst an event was underway at Jumhoory Party’s headquarters located at M. Kunooz.

Police had arrested the four suspects during a raid of the office of Attic International Private Limited located at Ma. Enboodhooge, as well as Ma. Kinara House and Ma. Namoonaage. The raid also saw the seizure of multiple items from the houses.

Iuthisaam and Thasleem who were arrested by the police back then after foiling the attempted IED blast was released from custody ahead of trial. They were rearrested during a special operation carried out by police against religious extremists following the May 6 terror attack against Parliament Speaker, former President Mohamed Nasheed.

The Prosecution had charged all four suspects with conspiring to carry out an act of terrorism.

In reading out the charges against the four suspects at a hearing today, state prosecutor from Prosecutor General’s Office (PG Office) stressed that the four had planned to detonate an IED whilst an event was underway at M. Kunooz.

The time police had arrested the four suspects over the alleged attempt to detonate an IED at Kunooz coincides with when political figures were gearing up for 2018’s presidential election.

During this period – there were a series of events by then-opposition parties that saw the participation of many members of the public and prominent political figures including current President Ibrahim Mohamed Solih and former President Maumoon Abdul Gayyoom.

Terrorism charges for those involved in yoga day attack