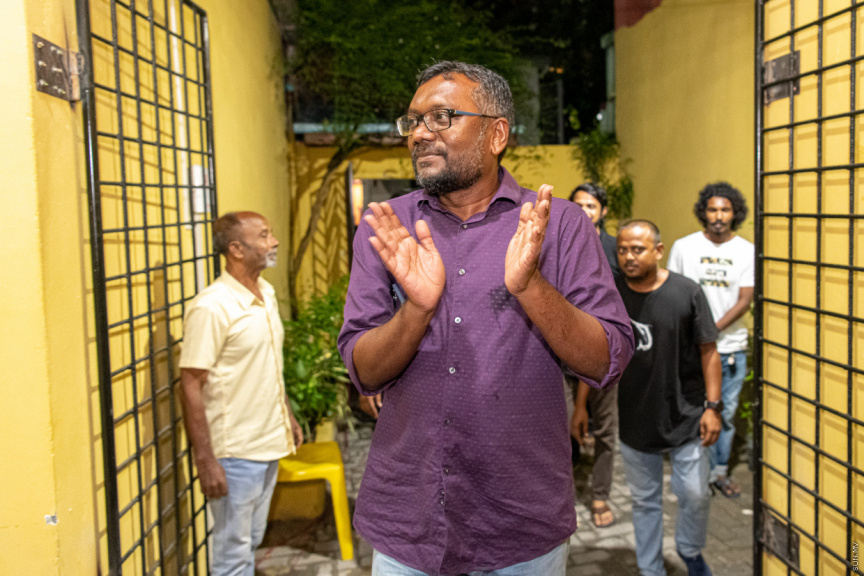 Maldivian Democratic Party (MDP) is gearing up to hold an internal election to elect members for its ‘Council of Islamic Affairs’; a pledge made by the party’s Chairperson Fayyaz Ismail during his campaign for the post.

Via a tweet today, the ruling party announced that they have opened applications for members, meeting the stipulated criteria, to apply for the party’s Council of Islamic Affairs.

Interested applicants have been instructed to fill out a google form, attach a passport photo, ID card copy, and educational certificates in PDF format and submit it before 2:00pm on Thursday, June 16.

As per MDP’s constitution – members of the Council of Islamic Affairs must meet at least one of the following criteria;

1  A certificate of qualification from an Islamic University.
2. A qualification to teach Islam
3. Permit to give religious sermons
4. Qualified as a Hafiz
5. Having passed an Imam or Quran teaching course

The last meeting of MDP’s Council of Islamic Affairs was held back in 2011.

MDP’s Council of Islamic Affairs is responsible to increase the awareness of Islam, encouraging good deeds, discouraging bad deeds and advising the party on religious matters.