JSC: Judge Ali Shareef not in committee investigating him 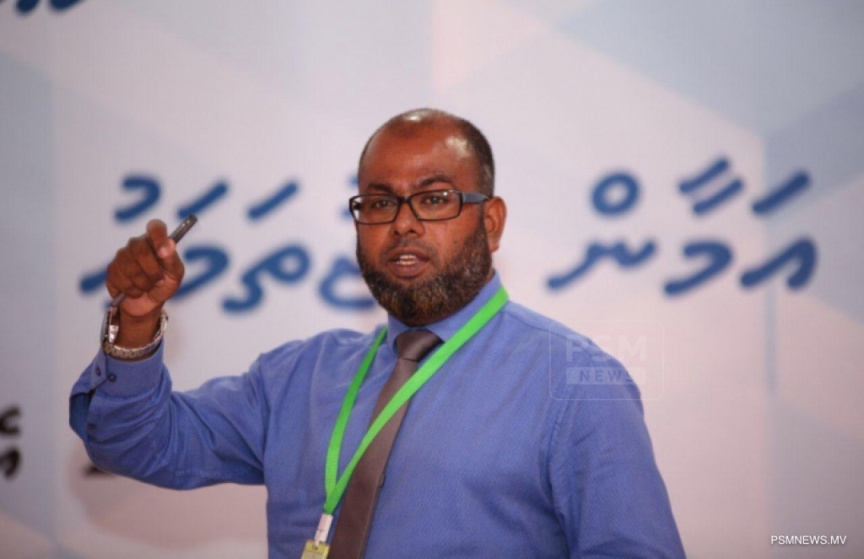 Member of JSC and Chief Magistrate at the Fonadhoo Magistrate court. (Photo / PSM)

The Judicial Service Commission (JSC) has denied rumours claiming that the Chief Magistrate at L.Fonadhoo Court, commission member Ali Shareef being on the committee investigating a case involving him.

In a statement released by JSC, it denied the claims published by an online news outlet.

The commission stressed that members were never involved in the investigation of any cases submitted about them.

JSC is currently investigating Judge Shareef’s sentencing of the suspect who threatened and attacked the former CEO of DhiFm Masood Hilmy.

The suspect, in this case, is Ahmed Shameem, Dhilkusaage, L.Fonadhoo. A video of the attack has been circulating on social media as well.

In May, the charges were dismissed, stating that the charges against Shameem were not proven.

Following this, on behalf of Masood, a complaint was submitted to JSC, which claimed that Judge Shareef was biased in his judgment. It also noted that the judge went against previously made decisions in the sentence.

In Judge Shareef’s sentence, it was noted that Masood and his wife Aashiya’s statement was not taken due to conflicts.

Masood’s complaint noted that and highlighted that it was previously decided that both their statements would be taken into consideration.

Additionally, it noted that the sentencing was biased and made unjustly.