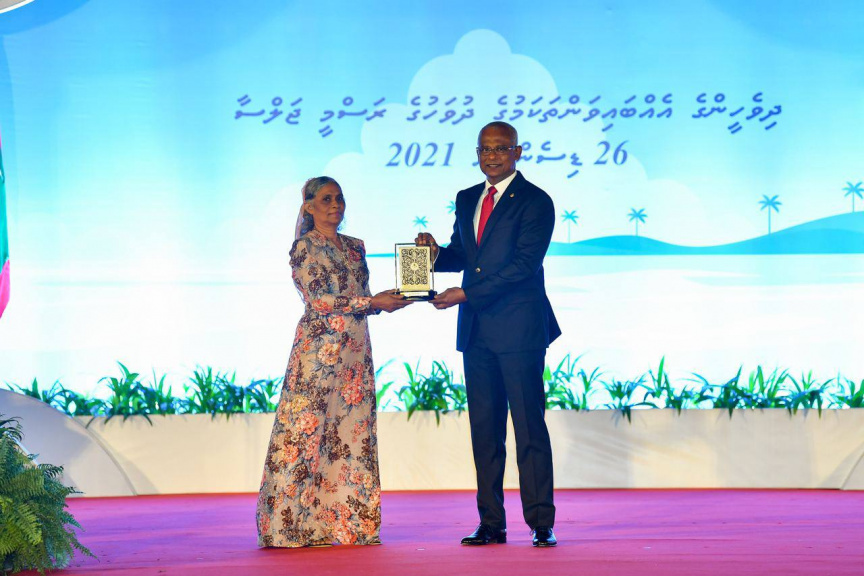 Criteria for the awards was published on the Government Gazette on Wednesday.

The National Award for Public Service is the most prestigious award conferred by the President on individuals who have served the country for over 35 years and are observed as diligent and steadfast workers.

President’s Office states that any individual who has worked in a government agency or subsidiary where the government holds the most shares for over 35 years is eligible for the award.

Nominations may be filed by an organization, an individual, or the nominee.

According to the President’s Office, the National Awards Committee will consider the quality of the nominees’ work and their contributions to the development of their respective fields.

The award will also recognize the individual achievements of the nominees.

Nominations can be submitted through the designated portal for the award from June 1-August 4.

The award will be conferred on the recipients by President Ibrahim Mohamed Solih at the official ceremony held to mark Republic Day.