Shanghai starts coming back to life as COVID lockdown eases 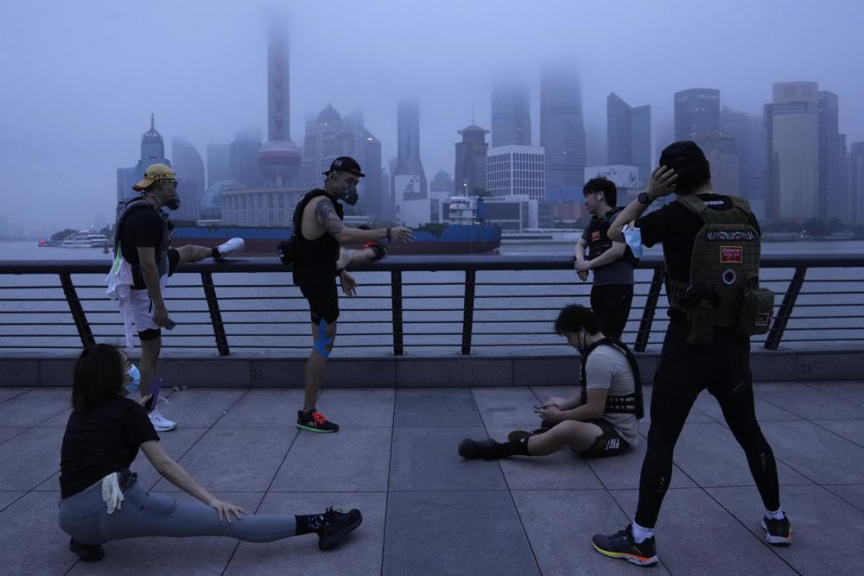 The lockdown set back the national economy and largely confined millions to their homes, while its ruthless and often chaotic enforcement prompted protests in person and online that are seldom seen under China’s strict authoritarian government.

Full bus and subway service will be restored Wednesday, as will basic rail connections with the rest of China. Still, more than half a million people in the city of 25 million are still under lockdown or in designated control zones because virus cases are still being detected.

That didn’t deter people from gathering outside to eat and drink under the watch of police deployed to discourage large crowds from forming.

Cao Yue, who works in the hard-hit travel industry, said it was a joy to see “many happy people around me on the street.”

Cao said the past two months under lockdown was a depressing experience.

“At the beginning of the lockdown I felt hard in my heart because I didn’t know what to do and it was difficult to buy food at the beginning,” she said. “It was quite depressing to be locked at home and see the whole Shanghai under lockdown.”

Lu Kexin, a high school senior visiting the Bund for the first time since late March, said she went crazy being trapped at home for so long. “I’m very happy, extremely happy, all the way, too happy,” she said.

Schools will partially reopen on a voluntary basis, and shopping malls, supermarkets, convenience stores and drug stores will reopen gradually at no more than 75% of their total capacity. Cinemas and gyms will remain closed.

Health authorities on Wednesday reported just 15 new cases of COVID-19 in Shanghai, down from a record high of around 20,000 daily cases in April. Government officials in recent days appeared ready to accelerate what has been a gradual easing of the lockdown.

A few malls and markets have reopened, and some residents have been given passes allowing them out for a few hours at a time.

The lockdown has prompted an exodus of Chinese and foreign residents, with crowds forming outside the city’s Hongqiao Railway Station, where only some train service had been resumed.

Even while the rest of the world has opened up, China has stuck to its “zero-COVID” strategy requiring lockdowns, mass testing and isolation at centralized facilities of anyone who is infected or has been in contact with someone who has tested positive.

China to WHO report: COVID ‘lab leak’ theory a lie