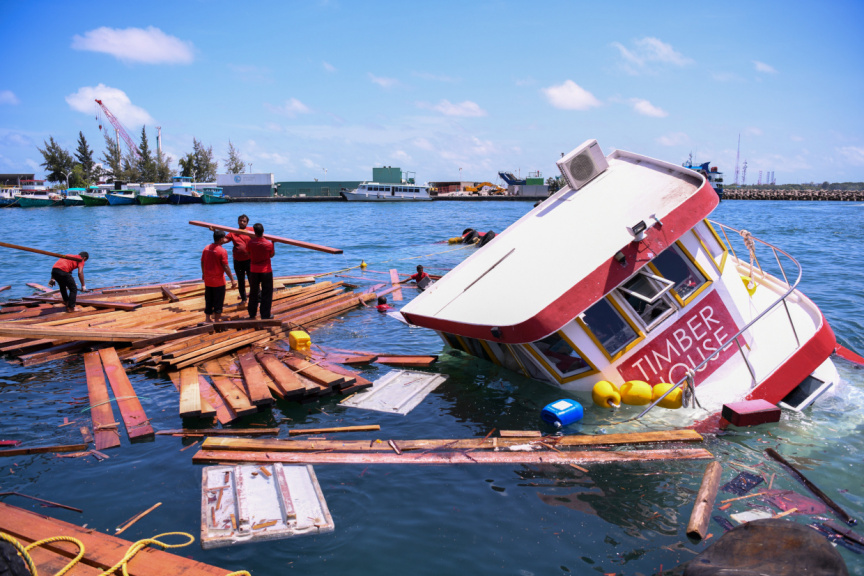 A boat belonging to Timber House sank after colliding with a safari in the T-Jetty area on Wednesday, May 25, 2022. (Sun Photo / Mohamed Hayyaan)

On Wednesday, a cargo boat from Timber Houe – 'Huvandhumaa 2' - loaded with timbre submerged after colliding with a safari at the T-Jetty area in Male’.

Detailing the incident, the Maldivian Coast Guard revealed that the vessel sustained damages and was flooded with water due to the collision. They added that attempts to clear the water with a pump had failed due to the extent of damages.

Images from the scene show the wooden planks carried by the sunken boat floating in the water. Employees from Timber House have been working to bring them ashore.