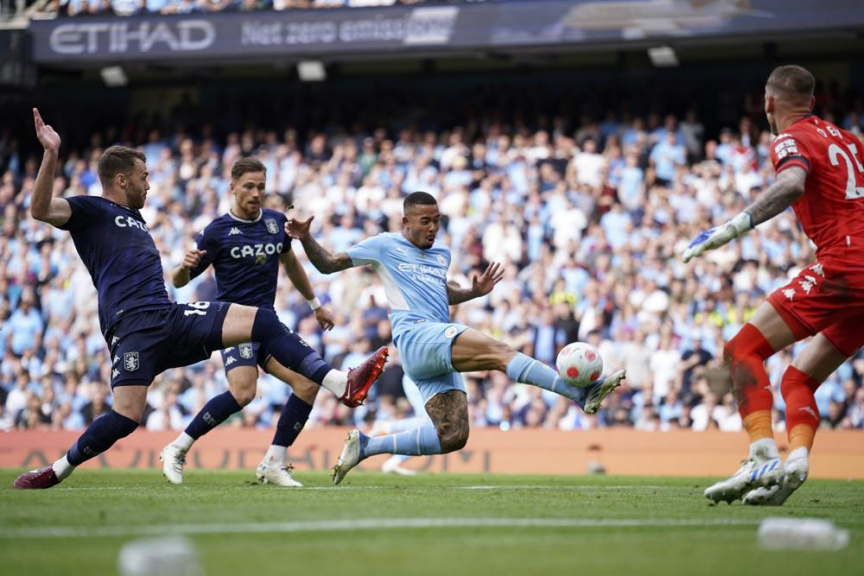 MANCHESTER, England (AP) — Manchester City issued an apology for what the club described as an assault on Aston Villa goalkeeper Robin Olsen during a field invasion by City fans celebrating winning the Premier League title on Sunday.

The incident happened as Olsen tried to leave the field at Etihad Stadium as it became covered in thousands of City fans after the fulltime whistle of the 3-2 win over Villa.

Footage on British broadcaster Sky Sports showed Olsen covering his head as supporters swarmed around him as he was being escorted off the playing surface by a steward.

The Sweden goalkeeper then appeared to engage in a verbal confrontation with a fan before being clipped by the arm of another celebrating supporter. Bowing his head, Olsen was eventually helped off the field by a second official.

Aston Villa manager Steven Gerrard had no news of Olsen’s condition in the news conference after the game on the final day of the season.

City said it was opening an investigation and would issue an indefinite stadium ban to the fan responsible.

“Manchester City would like to sincerely apologize to Aston Villa goalkeeper Robin Olsen, who was assaulted after the final whistle at today’s match when fans entered the pitch,” the club said in a statement.

The English Football Association said on Friday it was “very concerned” about a series of pitch invasions that have marred the end of the season.

Crystal Palace manager Patrick Vieira was involved in an altercation with a fan at Everton on Friday, kicking out after being taunted. The FA said it was reviewing its regulations “to help stamp this behavior out.”

A Nottingham Forest fan was sentenced to 24 weeks in jail for entering the field and assaulting Sheffield United captain Billy Sharp at the end of a playoff game on Tuesday in the second-tier Championship.

A field invader at Northampton shoved a Mansfield player on Wednesday, and a night later Swindon manager Ben Garner said some of his players were subjected to physical and verbal abuse at the end of their match at Port Vale. Both games were in the fourth division.

Injured Laporte to miss start of season for Man City