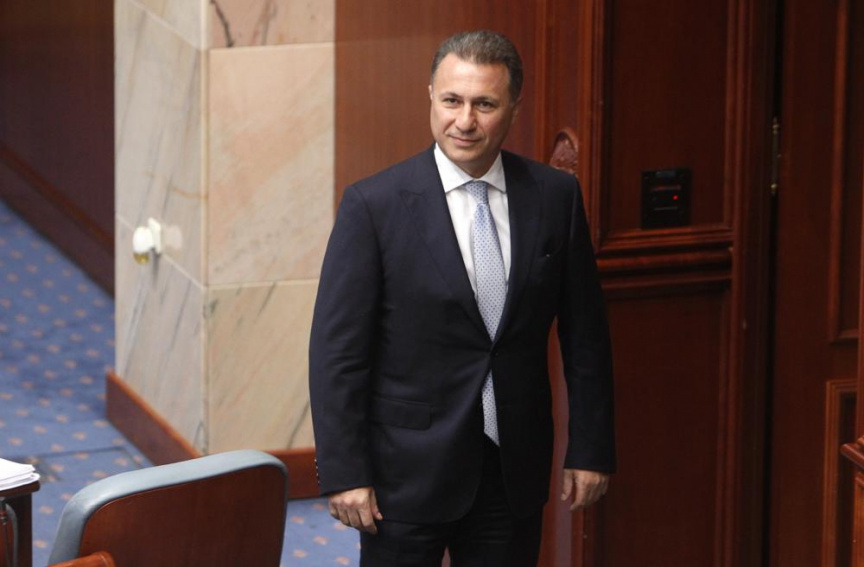 The Criminal Court in the capital, Skopje, found that the demolition was an “act of political revenge” against Fijat Canoski, then the leader of the small Party for European Future (PEI), who had left Gruevski’s conservative government coalition and joined the opposition.

Three other former officials at the time of the demolition were also sentenced late Friday. Toni Trajkovski, the former mayor of the Gazi Baba municipality, one of the 10 neighborhoods that make up Skopje, and a former municipal official were sentenced to 4 years each in prison while former Transport Minister Mile Janakieski got three years in prison. The three were also sentenced to pay a total of 11 million euros ($11.6 million) in damages.

Three other officials were acquitted.

This is Gruevski’s fourth conviction since he left office in 2016 after nearly ten years in power.

In 2018, he was sentenced to two years for unlawfully influencing interior ministry officials over the purchase of a luxury armored car. In 2020, he got one and a half years in prison for orchestrating violence against his political opponents in 2013. In April 2022, he was sentenced to seven years for using his party’s funds to enrich himself.

Gruevski fled to Hungary in 2018 before his first sentence could be carried out. He has compared himself in social media postings to Joseph K., the main character of Franz Kafka’s novel “The Trial” who is convicted and executed without ever learning of what he is accused.

There are two more cases pending against Gruevski for corruption, election irregularities and abuse of office. The charges stem from a wiretapping scandal that broke in 2015, when it emerged that the phone conversations of more than 20,000 people had been illegally recorded, including those of politicians, judges, police, journalists and foreign diplomats.

The scandal brought down Gruevski’s government and he lost the subsequent 2016 election to Social Democrat Zoran Zaev.