Burnley draws at Aston Villa, moves out of relegation zone 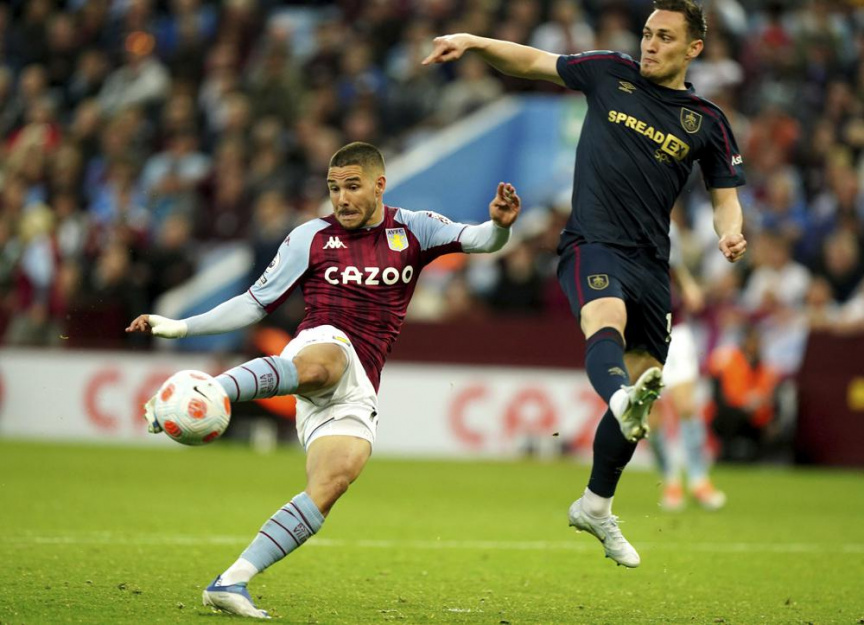 BIRMINGHAM, England (AP) — Nick Pope’s saves ensured Burnley drew 1-1 at Aston Villa on Thursday to lift the team out of the relegation zone and keep its Premier League status in its own hands heading into the final round.

The goalkeeper made stops from John McGinn, Ollie Watkins, Danny Ings and Bertrand Traore at Villa Park in the penultimate match.

Burnley led through Ashley Barnes scoring his first goal in 15 months from a penalty in the 45th minute after Maxwel Cornet was fouled by Emi Buendía.

The lead was wiped out three minutes into the second half. Burnley failed to track Buendía’s run from deep and he volleyed in from McGinn’s delivery.

Burnley held on after seeing Matt Lowton sent off in stoppage time for a foul on Calum Chambers.

The result sent Leeds into the final relegation place, with Burnley moving out of the drop zone due to having a superior goal difference. Both teams have 35 points.

While Burnley plays Newcastle on Sunday, Leeds is at Brentford.