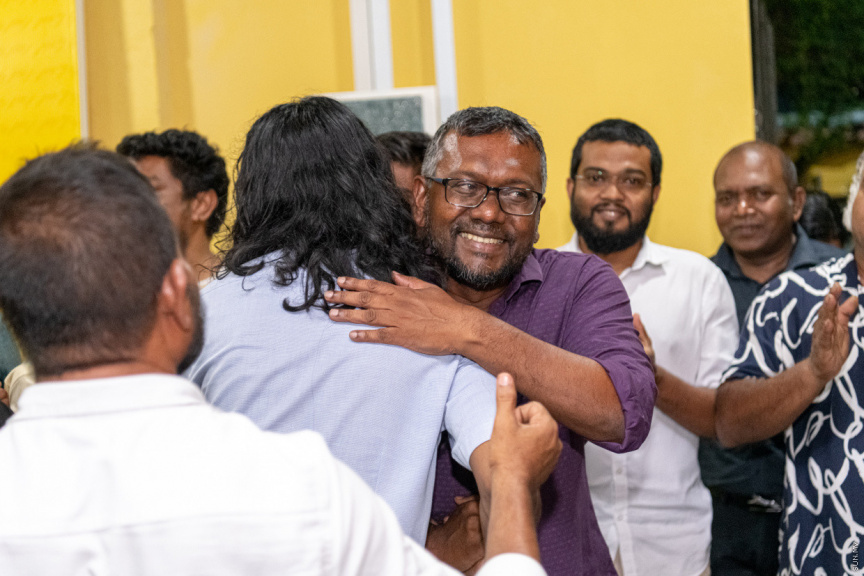 In his tweet, Nasheed further stated that he has no doubt that MDP would thrive under Fayyaz’s leadership.

Prior to being elected as the Chairperson – Nasheed had strongly criticized Fayyaz in MDP’s National Council Whatsapp group.

Criticizing Fayyaz’s campaign slogan ‘MDP Hingaalan’ – Nasheed said that the party has always been an active party and that they would never fade away to the background.

He also stated that changing former President Maumoon Abdul Gayyoom’s 30-year-long administration was only possible due to MDP’s strength.

Nasheed also attributed succeeding in 2018’s election to MDP’s strength – in grand return after his administration was overthrown by a “coup” and party leaders were jailed.

In addition to this, he said MDP swept 65 seats in 2019’s parliamentary elections to secure super majority because of the party’s strength.