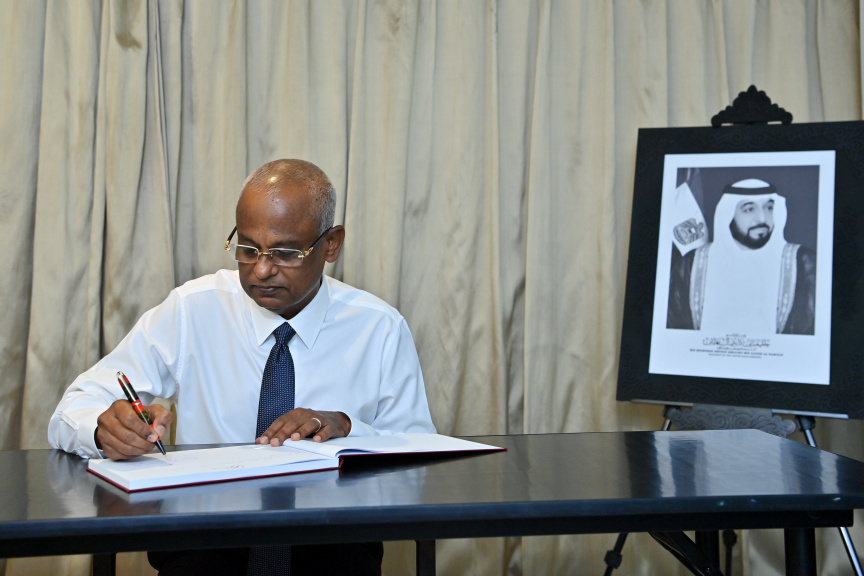 In his message, President Solih described Sheikh Khalifa as a "great statesman and a visionary leader whose service and dedication to the UAE and its people would forever be remembered."

According to the brief annoucment by the government of UAE, the late President passed away on Friday afternoon at the age of 73. Subsequently UAE’s Ministry of Presidential Affairs announced a 40-day period of mourning and a three-day suspension of work across the government and private sector, including flags to be flown at half-staff.

President Solih declared that the Maldivian flag would also be flown at half-mast from May 14-16 for a three day mourning.