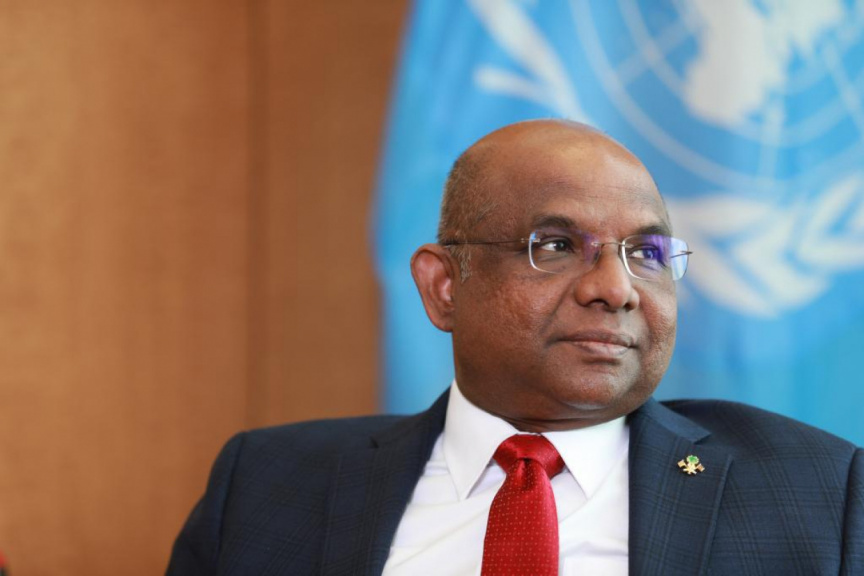 Maldivian Foreign Minister, President of the 76th session of the United Nations General Assembly (PGA) Abdulla Shahid has stated that he hopes more member countries of the European Union (EU) waiver visa mandates for Maldivian travelers in light of the elevated EU-Maldives relations.

Minister Shahid had made the remark in a video message delivered during the ceremony held to mark ‘Europe Day’ for the first time in the Maldives by EU.

In his video message, Minister Shahid had underscored the establishment of VFS Global Visa Facilitation Center in Malé City in 2020 had streamlined the process for Maldivians wishing to obtain Schengen visa to travel to Europe.

Extending gratitude to the governments of Germany, Czech Republic, Austria and Italy for joining VFS office in facilitating Schengen visa service – he invited additional members of the EU to parner with VFS Global for the provision of the service in the Maldives.

He also stressed he remains hopeful the European countries will soon waiver visa mandates for Maldivian travelers in light of the improved EU-Maldives relations.

He noted that the grant assistance allowed Maldives to combat the pandemic whilst reviving the economy simultaneously.

Minister Shahid also underscored EU as an essential trading partner for the Maldives as it is one of the main markets for Maldivian fisheries exports and the leading tourism market for Maldives comprising 70 percent of our tourist arrival share.