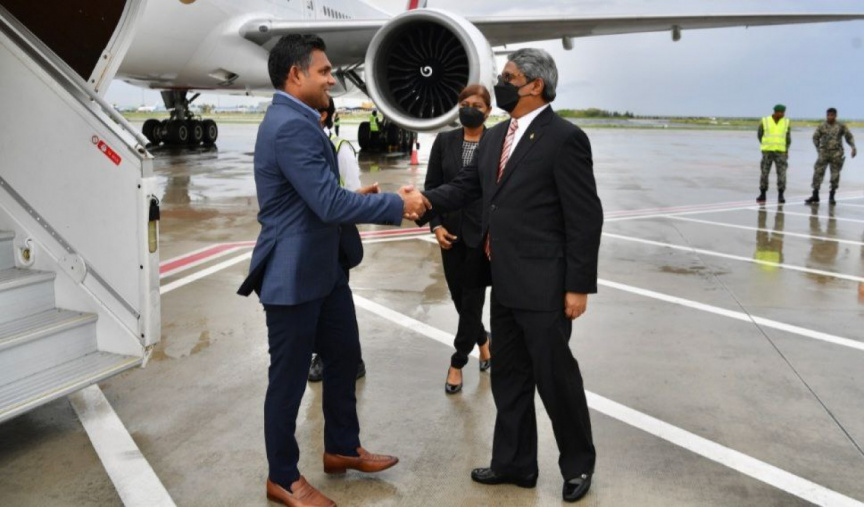 Vice President returning after concluding his official visit to New York, on May 12, 2022. (Presidents Office)

During the visit, the Vice President attended a high-level thematic debate convened by the United Nations’ President of the General Assembly (UNPGA) on the theme "Putting sustainable and resilient tourism at the heart of an inclusive recovery."

Additionally, he delivered a statement at the debate, during which he stated that the astute leadership of President Ibrahim Mohamed Solih’s administration, coupled with the steadfast support of the private sector, paved the road to recovery for the Maldives’ tourism sector from the downturn caused by the Covid-19 pandemic.

The Vice President was accompanied by his spouse, Aishath Shamsadha, and a high-level delegation.