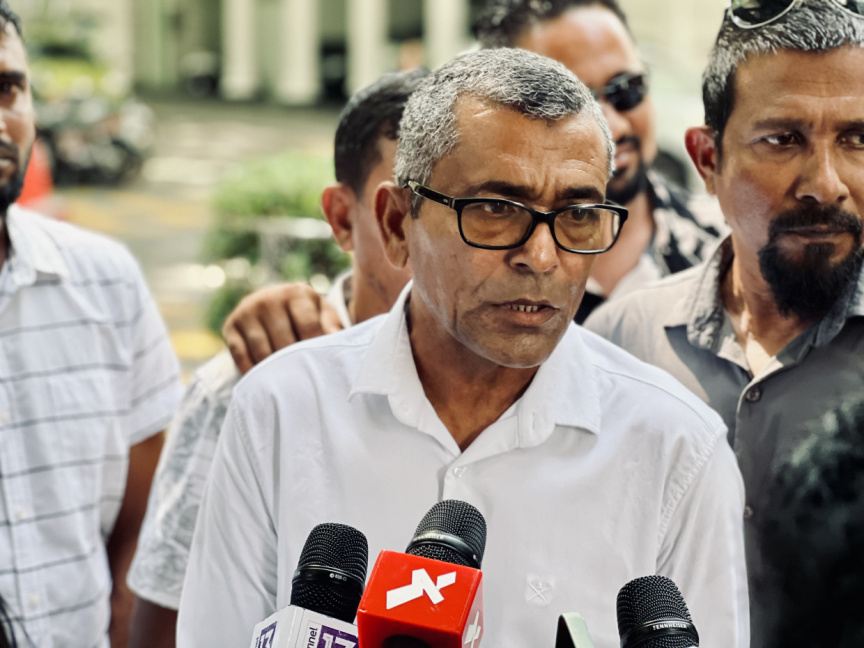 The meeting was held at the President’s Office this afternoon – which was also attended by Fisheries Minister Dr. Hassan Rasheed and other experts in the fisheries sector on behalf of the government.

After concluding the meeting, the fishermen briefed the media during which they stated that President Solih had given hopeful responses to their concerns.

The fishermen said that President Solih had given assurance that a response would be received to their concerns within the span of one month. They detailed the expected response to include information regarding a finalized location for the development of an additional fish factor in the south apart from other updates.

“After listening to us, the President had instructed the ministers and government officials who were present to draw up the necessary documents and give a response within one month,” they had said.

Speaking further, the fishermen underscored that President Solih was well aware of their concerns. Therewith, they expressed being at loss as to why the government was not putting more effort into addressing these concerns.

Noting that although hopeful answers were received from the President at today’s meeting – the fishermen stressed they were still unaware when these hopes would become a reality.

“We are accepting the hope given for us by the President as hope. Have no idea at all when the work will commence nor how it will proceed,” a fisherman who took part in the meeting had said.

However, the fishermen had expressed content over President Solih’s statement that his administration would do everything possible to provide easements to difficulties currently faced by them.

The fishermen said their hope is the establishment of a fish factory in GA. Faresmaathoda at the earliest in line with the concerns expressed.

They stressed having to spend three to four days in queue to weigh their fish at present in the southern region over lack of capacity – which puts them at loss.