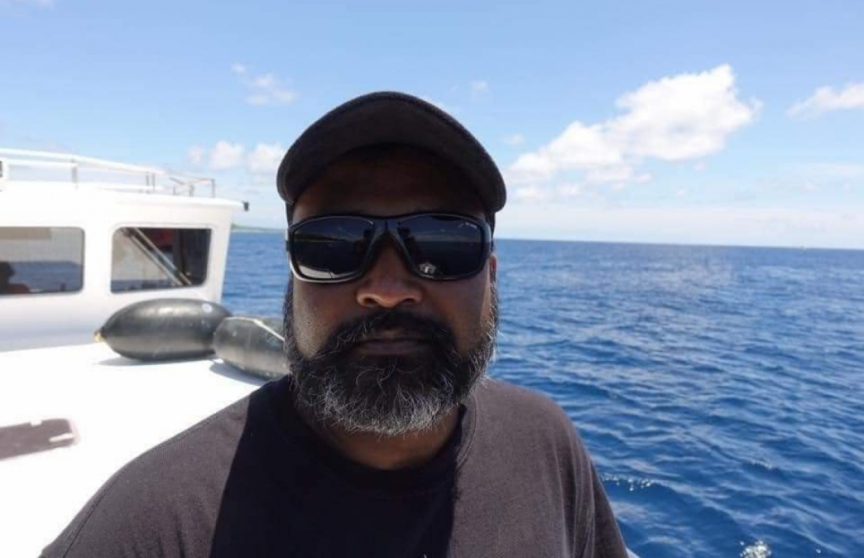 Mohamed Saeed, 35, who went missing whilst diving off the coast of Fuvahmulah City.

Maldives National Defense Force (MNDF), on Tuesday, has stated that 55 square nautical miles have been searched via sea for the local man who went missing diving off the coast of Fuvahmulah City yesterday.

The man who went missing has been identified as a 35-year-old diving instructor from Fuvahmulah, Mohamed Saeed.

MNDF reported that they are utilizing two harbor crafts for the search operation. They also noted that a Dornier aircraft was headed to the site – for assistance in the operation through aerial searches.

Apart from MNDF officers, professional divers from Fuvahmulah City are also taking part in the search operation for Saeed.

Saeed ventured into the water at approximately 14:30pm on Monday afternoon. At that time, he was wearing a black diving suit.

The incident was reported to authorities around 15:45pm.

Faiz, another youth who accompanied Saeed on the dive yesterday, is currently being treated at Kandima Resort’s oxygen chamber following the deterioration of his health condition.